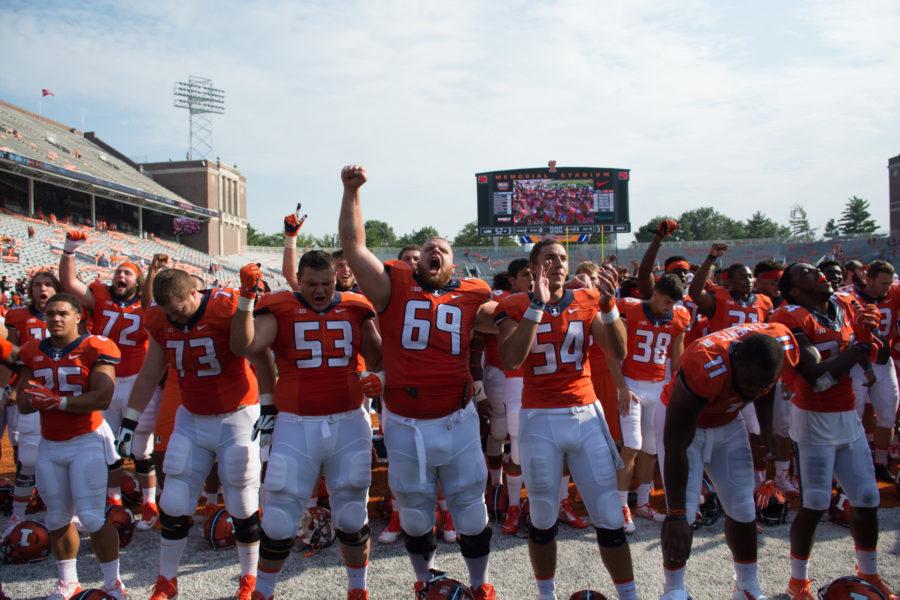 Alex started her career at the Daily Illini working for news before she transferred to the Opinions section. She’s written about various campus topics and events, but one of her best articles focused on interpreting 14th amendment. She was a valuable member of the Daily Illini team and will be missed, but we wish her the best of luck in her future.

The conference named 1,023 athletes that participated in fall sports to the Academic All-Conference team. Twenty-one of those honorees have 4.0 GPAs, including Illinois offensive lineman Ted Karras and cross-country runner Zack Smith. Karras is a graduate student in Recreation, Sport and Tourism and Smith is a sophomore in business.

Wes Lunt (football), Claire Wheatley (soccer), Michelle Strizak (volleyball) and Mason Monheim (football) are some of the most notable Illini names on the list.

In order to be eligible, students must be letterwinners and in at least their second academic year with a GPA of 3.0 or higher.

Illinois had five of all five of its fall-only sports represented on the list — football, soccer, volleyball and men’s and women’s cross-country.

The Big Ten awards athletes who participate in winter and spring sports as well. The conference presents the Distinguished Scholar Award at the end of the academic school year. Students need to maintain a 3.7 GPA throughout the school year — not including summer school — in order to be eligible for the that award.