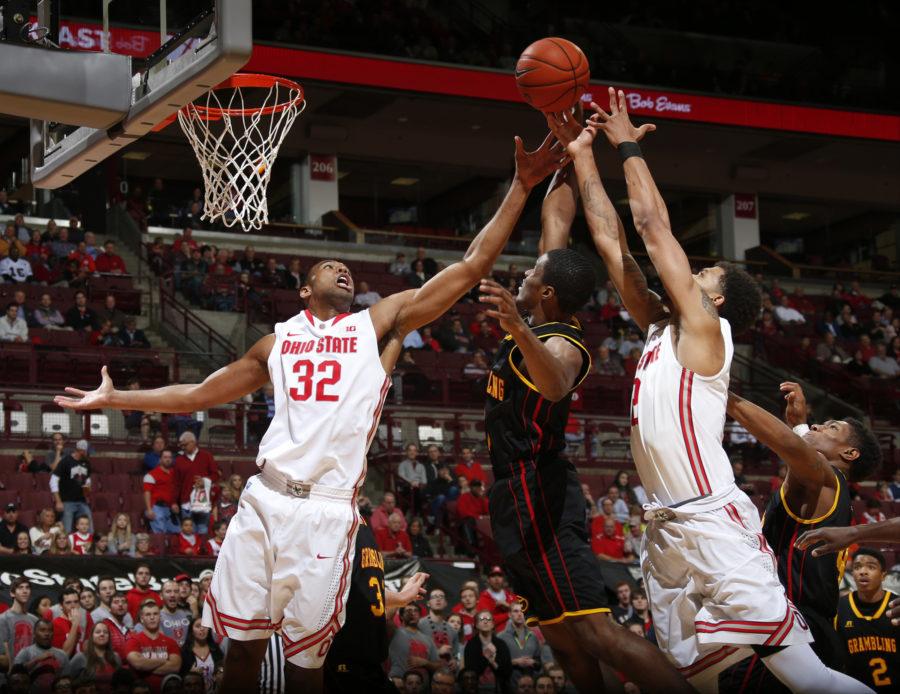 Editor’s note: The Daily Illini sat down with Ryan Cooper, the sports editor of The Lantern, the student newspaper at Ohio State and talked about Illinois, Ohio State and how Thursday’s game might go.

Daily Illini: There’s a decent mix of upperclassmen and lowerclassmen playing meaningful minutes on this team. How do you think they’ve meshed thus far?

Ryan Cooper: As a quick glance at Ohio State’s schedule would hint at, the team has shown glimpses where everything seems to come together, but there has been a clear lack of chemistry throughout the year where some guys just play no part in any given game. A lot of that can be chalked up to an unbelievably heavy reliance on freshmen and sophomores, as only one junior and no seniors are on the roster.

DI: Marc Loving has made a nice leap in scoring, what aspect of his game has changed the most since last season?

RC: Loving’s points have gone up, but so have his minutes by about 10 minutes per game and his usage by a huge amount. Last year he was one of the better 3-point shooters in the nation and that has dropped off a lot this season, but he has still been the most consistent scorer on the team as the Buckeyes’ most veteran player.

DI: Speaking of Loving, he dropped 27 on the Illini the last time these teams met. What have opposing teams been able to do to slow him down this season?

RC: With no true go-to scorer, Loving has not found himself uncovered on the outside like he was last year when teams had to shuffle another perimeter player over near D’Angelo Russell. The looks just haven’t been as clean and his shooting percentage has suffered.

DI: The Buckeyes were able to hold Malcolm Hill and Kendrick Nunn to a combined 9-of-28 from the floor in their first matchup, what’s the key to repeating that on the defensive end?

RC: A lot of it could come down to size. JaQuan Lyle is a 6-foot-5 point guard, while Jae’Sean Tate plays a lot bigger than he is. And then on the inside if the two are able to penetrate, centers Trevor Thompson, Daniel Giddens and David Bell, while extremely limited on offense, are as good a shot-blocking trio as you’ll find.

DI: Illinois is dead last in rebounding in the Big Ten, while Ohio St. is third. How important will the battle on the boards be?

RC: It will be huge, particularly on the offensive glass. For a team that doesn’t shoot particularly well like Ohio State, creating better looks than in a normal five-on-five set is a must.

DI: Having lost three of their last four, what’s your biggest key for the Buckeyes to get out of their recent funk?

RC: JaQuan Lyle getting it going on a consistent basis. He is easily the most talented player on the team, but the learning curve has been very steep for him to put it together for multiple games at a time.

DI: Since the Buckeyes are 1-4 on the road this year, how much of an advantage will the Illini have at home on Thursday?

RC: I think any Big Ten team except for Rutgers and Minnesota would have to be considered a favorite at home against Ohio State. While the Buckeyes do have a quality win on the road at Northwestern and put up a good fight at Purdue last week, as well as a win over Kentucky at a neutral site, it just hasn’t been the same team away from Columbus (not that it has been all that great in its friendly confines, either).