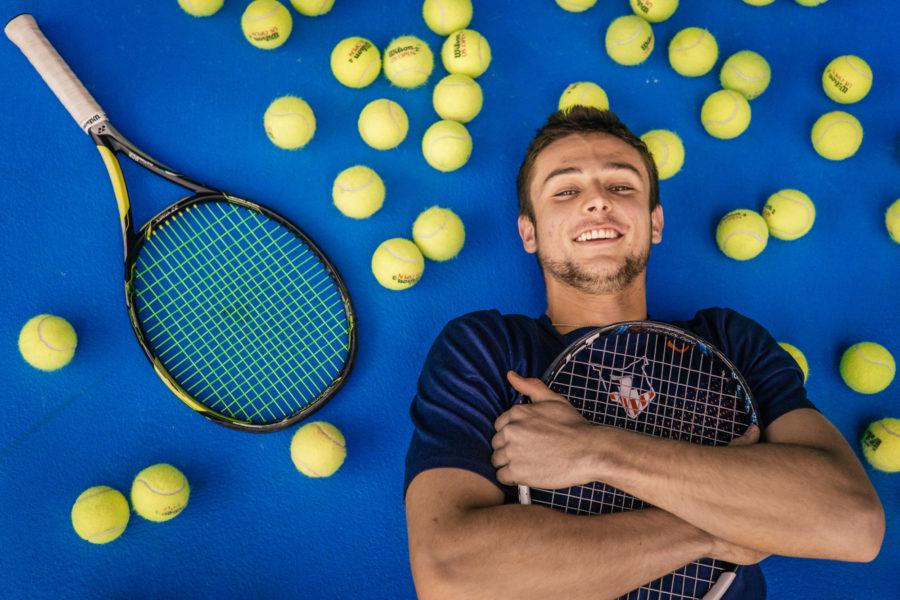 This weeks Illini of the Week is @IlliniMTennis Aleks Vukic #Illini

Editor’s note: The Daily Illini sports desk sits down each week and
decides which Illinois athlete or coach is our Illini of the Week.
Athletes and coaches are evaluated by individual performance and
contribution to team success.

Illinois men’s tennis sophomore Aleks Vukic knew he had a difficult match ahead of him Friday night.

The Australian native took on Quentin Monaghan of the Notre Dame Fighting Irish, who was ranked No. 37 entering the match.CH

Monaghan was awarded a spot on the 2015 First Team All-ACC team and was an ITA All-American last year. As a junior last year, he was an NCAA Singles Championship semifinalist.

The two faced each other earlier in the season, with Vukic defeating Monaghan 6-3, 6-4. Vukic knew, going up against a high-ranked player, that he still had to respect how worthy of a player Monaghan was heading into this match.CH

Vukic was focused from the start of the match, as he broke Monaghan to gain a 2-0 advantage in the first set. Vukic would then rally off four straight games to take the first set, 6-0. Monaghan was having difficulties keeping up with Vukic’s strong serves, as there were many short points that resulted in winners for Vukic.

“I usually love to trust my serve and forehand with everything I do,” Vukic said. “That definitely seemed to be clicking against Quentin.”

The second set was a carbon copy of the first, as Vukic held serve for three games and broke all three of Monaghan’s serving games to win the match, 6-0, 6-0.

This was the first time in Vukic’s college career that he completed a victory without allowing his opponent to win at least one game. The Illini went on to defeat the Fighting Irish 5-2.

Head coach Brad Dancer was encouraged by Vukic’s dominant performance and hopes for more of these overpowering matches from him down the road. He said that the team looks to him as a leader by example due to his competitiveness on the court.

“He’s done a great job of staying on his game and not letting other things bother him,” Dancer said. “He is always pushing himself, he is always trying to test himself, so in some ways he sets the bar that is really really high for our guys.”

Dancer noted that Vukic is stubborn, but in a positive way because there is always something he is working on.

Vukic is 5-0 in singles matches this season and understands that he has to bring a similar, focused mental approach to every practice and game if he wants to succeed. He hopes to build off of a 45-5 singles match record from last season.