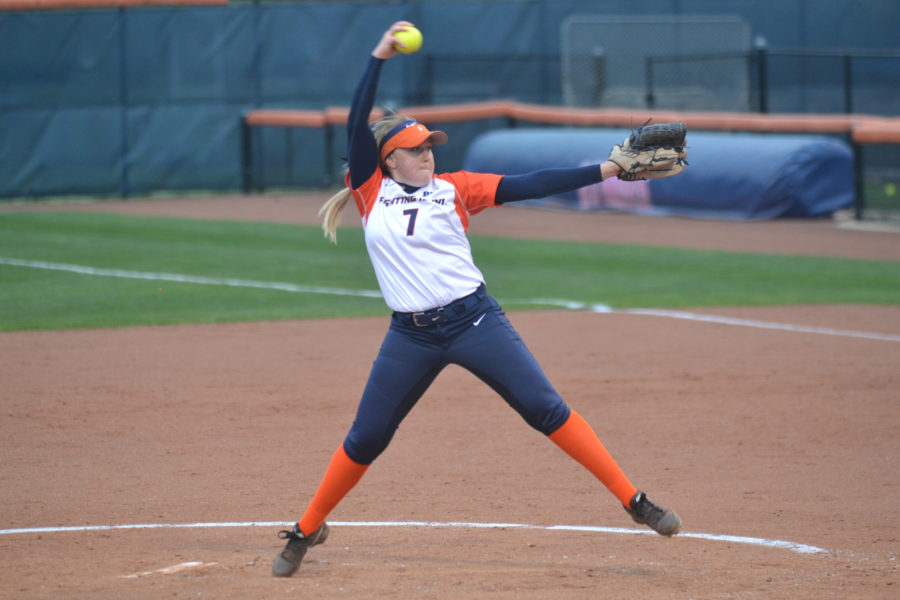 Fresh off of its first action of the season, the Illinois softball team will serve as ambassadors for the Big Ten in the Big Ten/ACC Tournament hosted by North Carolina.

Northwestern will join Illinois as the representatives of the Big Ten in this specific slate of games. Around the country, both conferences will be competing in groups of two to decide, in terms of regular season play, who the superior conference really is.

In addition to the tournament hosts, the Illini will also take the field versus Boston College. Both the Eagles and Tarheels enter play with similar records to Illinois, with Boston College sporting a 3-3 record, and North Carolina a record of 2-4.

Although the records may be similar, the Illini do have an advantage coming into this weekend’s games: Illinois has beaten a ranked opponent.

Defeating No. 13 Florida State in last weekend’s JuiceBlendz FIU Invitational, the Illini has already proven this season that it is prepared for any challenge it may face, even when that challenge is away from home.

That win served as an early improvement over last season. In the 2015 campaign, the team lost all eight of its ranked contests with two of the games ending in shutouts for the Illini.

Head coach Tyra Perry was thrilled about the way her team performed versus the Seminoles, really citing pitching as the key factor in handing Florida State the only tally in their loss column during the tournament.

“We were really excited about the way we came out in our first game against Florida State” Perry said. “I thought Jade Vecvanags did a great job in the circle. She was confident and carried herself like an ace.”

Illinois travel away from their home diamond for the second consecutive tournament. The team won’t get the opportunity to defend their diamond until March, 15, opening versus IUPUI.

For these games early in the season, Perry wants to instill an aggressive style of play in her team, hoping to make it a hallmark for the Perry regime.

“This is a constant evolution as far as transitioning into a more aggressive style of play,” Perry said. We will continue to keep working at it in practice. We are going to work really hard to put everything together and stay composed throughout an entire weekend of games.”