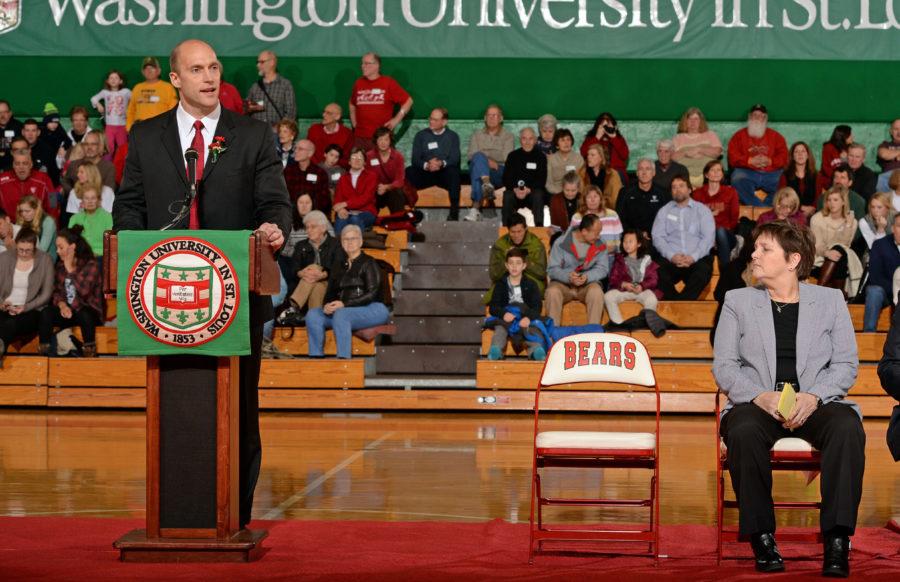 Now that Josh Whitman has officially been named the next athletic director at Illinois, the new leader of Illini athletics will have plenty on his plate.

Illinois fans had common opinions about the state of the program and different solutions for Whitman when questioned before the start of Tuesday’s Illinois men’s basketball game against Rutgers, the night news broke about Whitman’s hiring.

What do you know about Josh Whitman?

“I remember he played here as a tight end and stuff. From everything I’m hearing, he’s supposed to be a good hire. He’s an Illini guy, which is what a lot of people wanted, young guy at only 37, but I think he’s a lawyer, everyone says he’s very smart so I hope he can fix things.”

How important was it to get an “Illinois guy?”

“I thought that was part of the problem with the Mike Thomas situation. There’s a guy who gave us some good credentials and stuff but at the same time he wasn’t an Illini guy, I don’t think he got the bigger picture of what an Illini is.”

What do you think are some of the things he’ll have to fix with the current state of the department?

“Wow. I don’t know; I guess you have to walk before you run. As far as what needs to be fixed right away, I really don’t think there’s anything to fix right away. I think the problems are big enough that they can’t just jump in and really try to change stuff.

What do you think Whitman will have to do to restore the image of the program?

“Quite a bit. He’s got a lot of public relations to do and get back in touch with all the high school coaches and everything.”

How important was it to get an “Illinois guy?”

“Very important. That would be a big step with getting started the right way.”

How much do you know about Josh Whitman?

“Not much, but I was sad to see Mike Thomas go. It was really sad that they moved on from him.”

Do you think Whitman will have a big task to repair the image of the athletic department?

“Yes, I think it’s going to be a big building job he’s going to have to do.”

How do you think Josh Whitman will do as the new athletic director?

How important do you think it was to get an “Illinois guy?”

“I think that’s what we needed for sure.”

What’s the biggest issue Whitman will have to deal with when he takes the job?

“Well he’s going to have to think about coaches for one thing, but that won’t be for a little while. But just getting acclimated to the job, probably and maybe picking his assistants and then coaches maybe not too far behind, maybe.”

What are your thoughts about the current state of the program?

“We need someone to step in here and take over and get things straightened out, have some direction and bring some positive influence on the whole program.”

What is one of the things Whitman will have to do as the new athletic director?

What are your thoughts about the state of the athletic department?

Do you think getting that “Illinois guy” was important?

“Well I think the guy needed experience in running an athletic department.”

Does Whitman coming from a Division III school worry you?

“No. I don’t know a lot about him, but if he’s running (Washington University in St. Louis) that’s a good institution too. We’ll cross out fingers and hope he can do the job.”

What do you think the number one thing he’s going to have to do when he takes the job?

“I don’t know how the day-to-day operations go, but I feel like he’s going to have to communicate with all of his staff and coaches. He’s got to on a one-to-one basis with them and give them the support they’re looking for.”