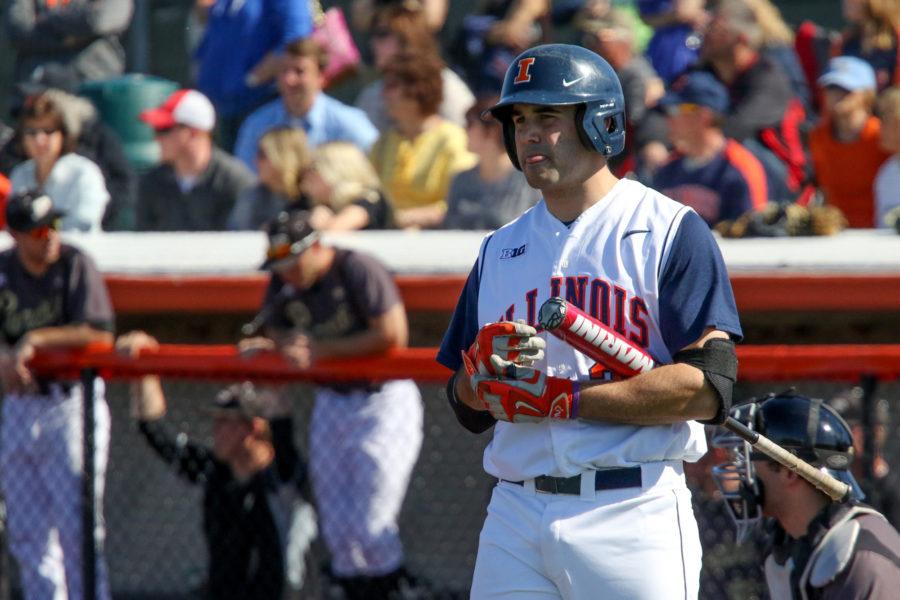 Tweet: #Illini baseball got a minor glimpse of its up-and-coming talent this past weekend in New Orleans

Prior to the 2016 season, Cody Sedlock watched the majority of Illini games with his bullpen mates while Anthony Drago found his home in the dugout.

Drago was tasked with being a backup to David Kieran — 2015’s Big Ten Player of the Year. Sedlock found himself buried in a starting rotation behind Kevin Duchene, Drasen Johnson and John Kravitz. The right-handed hurler made 19 relief appearances and finished with a record of 4-0 while posting a 4.02 ERA.

“Last year, we had so many talented players that there wasn’t much of a need to play the bench guys,” catcher Jason Goldstein said.

But the opportunity to cement themselves in a starting role has arrived, and neither of the two disappointed this past weekend during Illinois’ opening series against No. 19 Tulane.

Sedlock gave up two runs — one of them earned — in his no decision. It was his 10 Ks, though, that showcased his potential to dominate. The 10 strikeouts were two more than any other Big Ten starter had over opening weekend.

Drago went 4-for-10 with four doubles, one RBI and one walk. The junior slugger attributed his new-found role as a starter to some of his weekend success.

“I had a really hard time making (necessary) adjustments my freshman and sophomore years,” said Drago, who had three pinch-hit appearances last season. “You’re most likely only getting one at-bat against a tough reliever in a key situation. As a starter, you have a chance to see the same guy a couple times in one game.”

Hartleb’s squad mounted multiple late-inning comebacks in its series against the Green Waves. The first comeback occurred in the top of the ninth inning of Friday’s contest when the Illini were one out away from dropping their season opener.

Third baseman Trent Hammond started the rally with a double and Drago followed suit two batters later with a double of his own. Pinch-hitter Dan Rowbottom drove in the second run, and IL Goldstein would eventually leave the bases stranded with the ILgame tied 2-2.

Illinois tacked on three more runs in the top of the 10th frame, but a few uncharacteristic mistakes by relief pitcher Nick Blackburn resulted in 6-5 loss. After surrendering two walks to load the bases — he had four walks in his two innings of work — Blackburn gave up a game-winning three-run home run. Blackburn, who is on the NCBWA Stopper of the Year watch list, had three walks in 24 and 1/3 innings of work last year.

“Sometimes that is part of athletics when things don’t go well,” head coach Dan Hartleb said of Blackburn. “But you have to be tough enough to turn around and make good adjustments. He did that (Sunday).”

Opposed to Friday’s rally, Illinois’ comeback Sunday earned them a victory. The offensive surge started in the eighth when the Illini posted three runs. They tacked on two more in the ninth to result in a 5-2 victory.

“It was extremely impressive that we had two games that we were able to comeback when down a couple runs in later innings,” Goldstein said. “I hope, as the season goes on, we can start producing those runs in the first, second and third innings.”