Josh Whitman asserts his authority at Illinois with Cubit firing 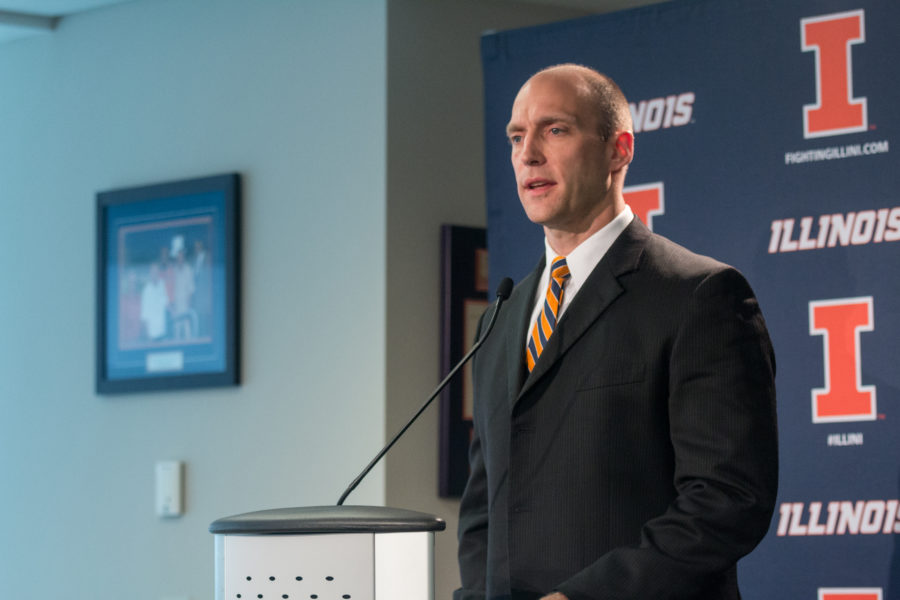 Just when we thought the dust had settled in Champaign-Urbana, Josh Whitman kicked up a whirlwind.

Illinois’ new athletic director had been on the job for less than a day when he dismissed Bill Cubit. But Whitman noted during his press conference that this decision wasn’t a rash one. This was a decision with a lot of thought behind it.

The on-the-field reasons for moving away from Cubit are legitimate. His offense was stagnant last year, his team played uninspiring football for much of the season and not many thought he was the long-term solution for the crater Tim Beckman left in this program.

“Bill has done nothing wrong,” Whitman said during his press conference. “We felt like we weren’t in a position to support him in the way we needed to.”

That statement reads like, “I wasn’t going to sit on a coach with a two-year contract if I have someone waiting in the wings who I like better.”

Still, the timing is jarring for those who thought things were just calming down.

National signing day was a month ago. Cubit’s interim tag was removed less than four months ago. He and Ryan Cubit, his son and Illinois’ now-former offensive coordinator, will collect $1.3 million combined in buyouts without coaching a single game in 2016.

Whitman must have his guy. He must have a replacement that he likes — a lot. He didn’t name names during his press conference, but pointed out that he’s trying to work within the University’s human resources requirements to hire his next coach.

Presidents are often judged by their first 100 days. He’s not a president, but Whitman’s first day in office has been an eventful one. He established that he’s the boss in Champaign now.

And that’s probably the most significant part of this. For four years under Mike Thomas, Illinois football languished in mediocrity while Thomas didn’t say much. Then, he retroactively fired his head coach for player mistreatment and didn’t make another public statement before he was fired Nov. 9.

Clearly Whitman, like many Illini fans, was tired of the chaos of the last year. He committed to men’s basketball coach John Groce on Saturday morning and will have to wait and see where that decision leaves him a year from now.

Whitman probably decided bringing in a new guy — especially a former NFL guy, as Twitter has speculated — made more sense than having Cubit lead his team to another 5-7 season.

So here we go, Josh. You’re not afraid to shake things up. That’s good, especially for an athletic department that has been stagnating a lot recently. But it better work.

Go get your guy.