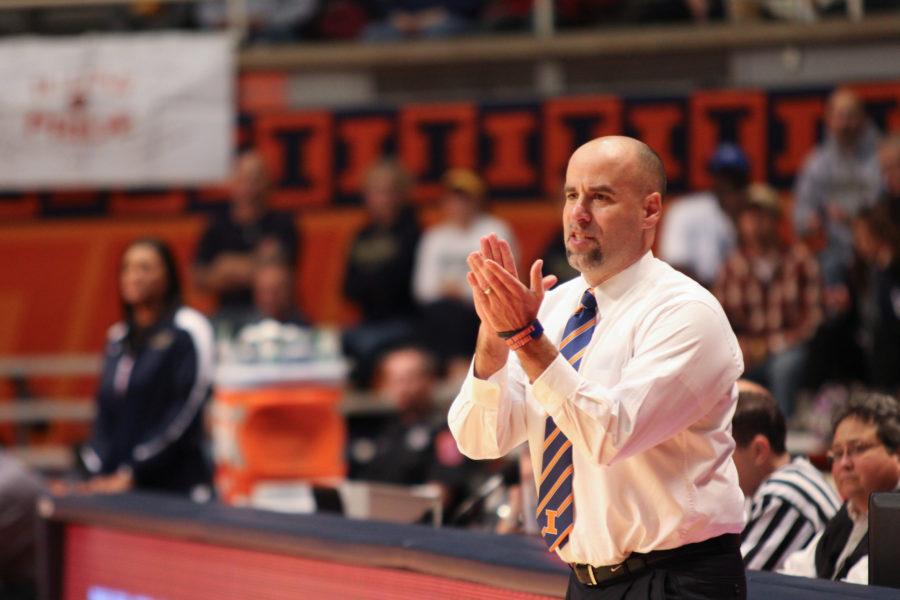 Illinois head coach Matt Bollant applauds his team's performance during the FIghting Illini's 89 to 37 win against Mariam at Assembly Hall, on Tuesday, Oct. 30, 2012.

Whitman sent out a tweet Wednesday afternoon in which he voiced his support of Illinois women’s basketball head coach Matt Bollant and his staff. In the tweet, Whitman mentioned he conducted interviews with players and staff and made the conclusion that retaining the group was in the best interest of the program.

Bollant’s teams have struggled during his four years at Illinois. He has a 52-72 overall record during those four years and 19-47 record in the Big Ten.

The news might come a surprise after a summer of off-the-court issues. Seven former players accused Bollant and his staff of abuse and racism, but an investigation conducted by the University claimed that the accusations were “unsustainable.”