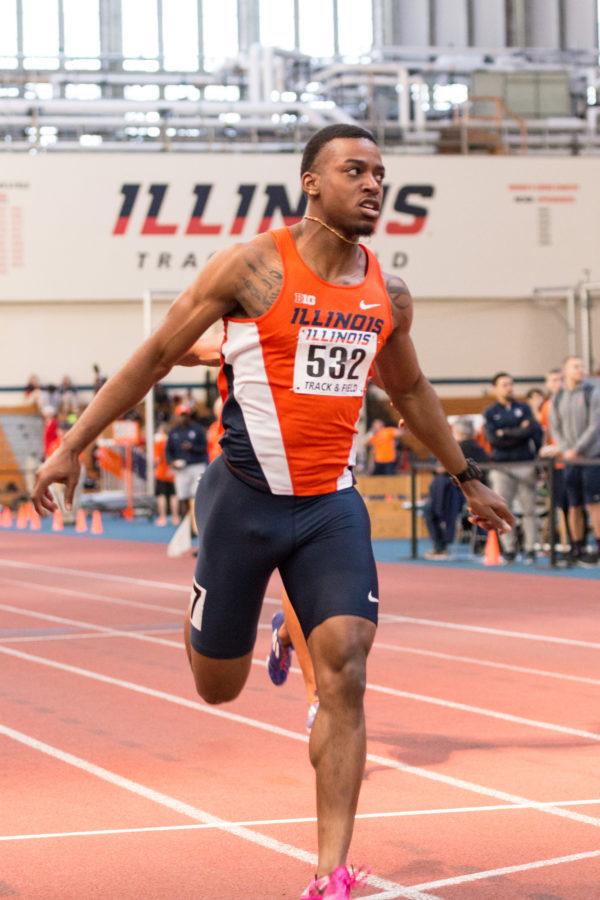 @IlliniMTrack kick their outdoor season off with a decent performance at Stanford Invite. #Illini

In a season with many key athletes under redshirt, Illinois men’s track went into their weekend meet in California hoping to see some of the younger members of their team succeed.

Instead one of their oldest, more accomplished athletes, senior sprinter Cam Viney, found success, taking titles in the 110 meter hurdles and 400 meter hurdles. While Viney’s finishes may seem impressive, head coach Mike Turk thinks his performance left a lot of room for improvement.

“He wasn’t really on top,” Turk said. “He did show some progression, but he has a way to go yet.”

Turk however, was extremely pleased with the performance of his distance unit, who held their own against a very strong field of competitors. Runners like Ian Barnett, Billy Magnesen and Jesse Reiser put together strong performances in the highly competitive 5000 and 10000 meters.

Turk also applauded his young sprinters Devin Quinn and Mo Maat, who placed seventh and eighth respectively events. However, Quinn, who played a critical role in the indoor season, may have strained himself slightly in the race. If the injury is serious enough to sideline him, it could play a large role in the Illini’s success.

Overall though, Turk still feels like his team has a fair amount of rust from not competing in about a month or so. While their performance at Stanford might not have been the slow start he warned about, he believes there is a lot of improvement to come.

“We didn’t do anything to set the world on fire,” Turk said. “It was really solid. There is a lot left for us to accomplish with this group in the coming weeks.”

The Illini will attempt to fulfill Turks words in the upcoming week as they switch to the warm climate of California to the harsher climate of Terra Haute, Indiana to compete in the Indiana State Gibson Invitational. With the Big Ten Outdoor championships a little over a month away, the Illini will have to try to progress quickly.