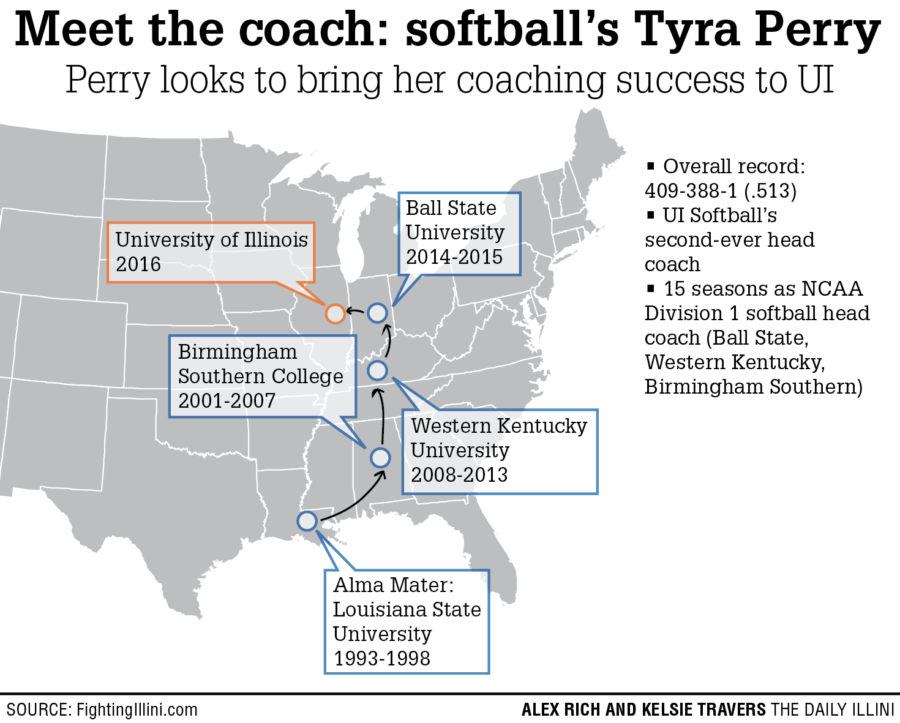 Tyra Perry was hired as the University of Illinois’ second-ever softball head coach in June 2015. She spent the past 15 seasons as a NCAA Division I softball head coach, totaling 409 career victories at Ball State, Western Kentucky and Birmingham Southern.