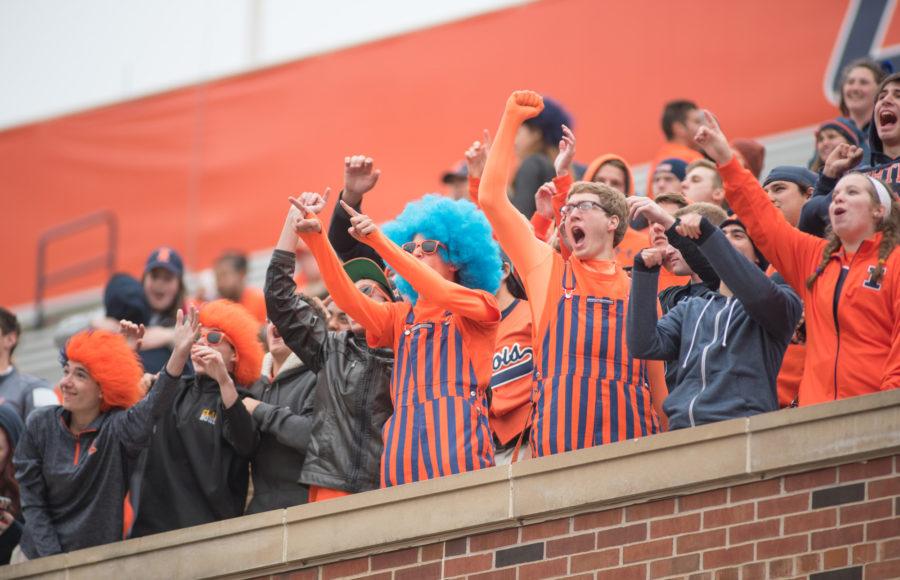 Members of Illinois' student section, Block I, cheer on the Fighting Illini during their game against Nebraska on Saturday at Memorial Stadium. Illinois won 14-13.

Illinois students are taking advantage of the recent offer the Illinois Ticket Office sent out earlier in the month.

The Ticket Office announced on Aug. 11 that all students have the option of claiming a free ticket to Illinois football’s first home game against the Murray State Racers.

According to Brad Wurthman, Associate Director of Athletics, Marketing and Fan Development, more than 4,000 student tickets have already been claimed. He said that he expects the number to continue to rise with the home opener soon approaching.

Wurtham said students who already bought season tickets will have priority access to the north end zone to cheer on the team with Block I.

Attendance at Illinois first game last year was 36,693, mainly affected by the rainout the night before. The Ticket Office hopes that 2016’s  first game turnout will be like the 51,515 who packed Memorial Stadium against Ohio State last November.

The Illini will take on the Racers Sept. 3 at 2:30pm on Big Ten Network.