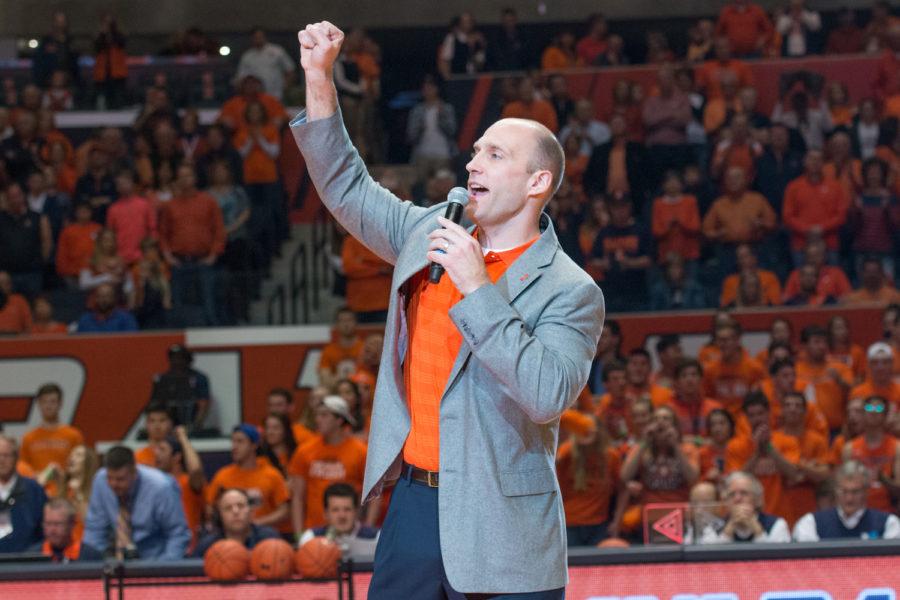 According to the release, to be eligible for Hall of Fame consideration, at least five years must have passed following the completion of a student-athlete’s Illinois career. Student-athletes who meet any of the following criteria are automatically nominated for consideration:

The University announced plans Thursday for an Illinois Athletics Hall of Fame. The Hall will honor the greatest student-athletes, coaches and administrators according to a press releases.

“The University of Illinois has an incredible and storied history in athletics,” Director of Athletics Josh Whitman said in the release. “Legendary names in sports history are found throughout the Illini record books, and we are excited to honor them in our new Hall of Fame. Since the athletic program’s inception in 1890, some of the world’s greatest athletes have competed in the Orange and Blue. Ultimately, as we begin to populate the Hall of Fame, our collection of recognized greats will compare favorably with that of any institution in the nation.”

The release said that plans for a Hall of Fame have been discussed for decades, but that the timing worked best now in conjuction with Illinois’ sesquicentennial celebration.

Former linebacker Dick Butkus will be a member of the Hall of Fame’s inaugural class. Butkus is a member of both the Pro Football and College Football Halls of Fame, was named to the NFL’s All-Time Team in 2000 and is one of only two players in Illinois football history with his number retired.

“The University of Illinois has played an extremely important role in my life,” Butkus said. “I have many life-long relationships that began at the U of I and have always been proud to call myself a Fighting Illini. To be recognized in the inaugural class of the Athletics Hall of Fame is a terrific feeling. I’m very proud of what my teams and I accomplished, including the 1963 Big Ten Championship and Rose Bowl victory.”

Illinois will announce the inaugural class in its entirety in this February, with a formal dinner recognition event in the summer in Chicago. The official induction ceremony is scheduled on campus for Sept. 29-30, when the football team hosts Nebraska in its Big Ten opener.

Both the dinner and induction ceremony are to be open to the public.

Almost 1,000 former Illini are automatically eligible based on Illinois’ criteria for the Hall of Fame, but the public is also invited to submit additional nominations. A confedential committee will select each year’s class.

Student-athletes and coaches of teams no longer sponsored by the Univeristy, including ice hockey, fencing and men’s swimming, will be considered for Hall of Fame recognition.

A press conference is scheduled for Thursday at 2 p.m. featuring Whitman and Butkus. Check back for more updates.