These are not the same old Chicago Cubs 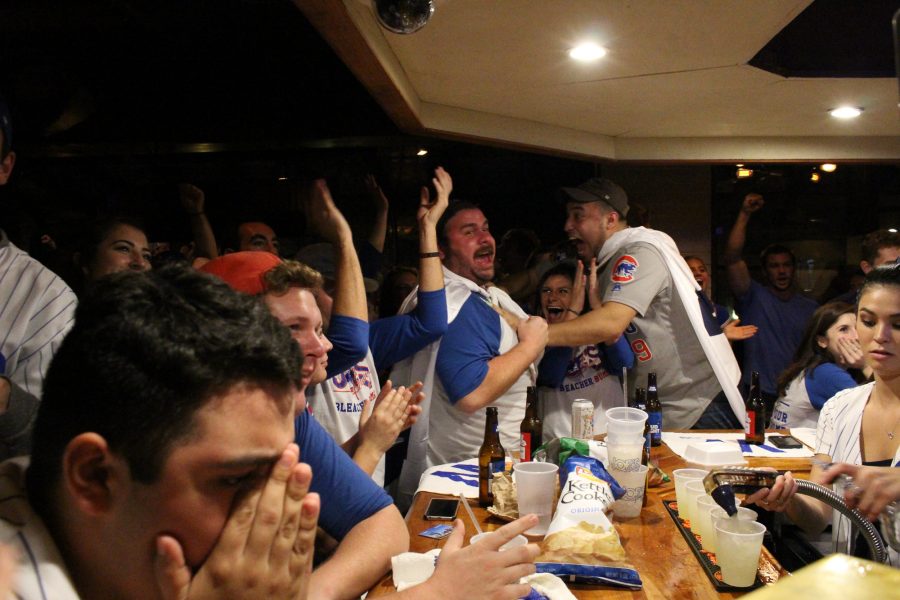 Students celebrate after the Cubs win Game 7 of the 2016 World Series against the Cleveland Indians on Wednesday, November 2 at Joe's Brewery.

Curses are not real.

Steve Bartman, the billy goat, the black cat — honestly, who cares? It is 2016, and the Chicago Cubs are officially in Game Seven of the World Series.

As a lifelong Cubs fan, I still don’t believe it. The season as a whole has been unbelievable: winning 103 games, taking the NL Central, featuring the soon-to-be NL MVP Kris Bryant, sending seven players to the All-Star game and so many other things I never thought I’d be able to say about the Cubs.

But it’s true. I’m not dreaming. After tonight, how is it possible that I will be able to call the cursed Chicago Cubs world champions.

I was just seven years old when the Cubs lost in the NLCS, but I still remember sitting in my basement with my dad, staring at the TV in disbelief as the Marlins beat the team that seemed destined to win it all. That was followed by crushing first-round sweeps in both 2007 and 2008. But all along, I dreamt that one day they’d win it all.

But would they really?

Last year seemed like a dream. Who thought the Cubs would even make it to the NLCS?

It was too early. They were too young. But it happened.

Sure, the runner-up Mets swept them, but the Cubs made it to the NLCS. Trades such as Samardzija for some prospect named Addison Russell? Anthony Rizzo? Kris Bryant will never work out, will he?

Guess what? They did.

A series of phenomenal moves by Theo Epstein and the front office have formed a team that is destined to contend not just this year, but for hopefully many seasons to come. Not just prospects, but trades for the likes of Chapman, Montgomery and more have brought us here: Game Seven. Winner takes all.

Despite all the success, I still have that inner conscious asking myself if they really did it.

My friends and I follow all of the same routines. We sit in the same spot, wear the same jerseys, hats, pants and even socks. We all drink the same things. Every little detail has to be the same. Even though Joe Maddon could care less about any of those things, you can bet the house that you’ll find me in the same seat, with the same people, wearing the same thing at 7:08 P.M. for each World Series matchup.

Curses are not real, but there is not a doubt in my mind that the Chicago Cubs are.