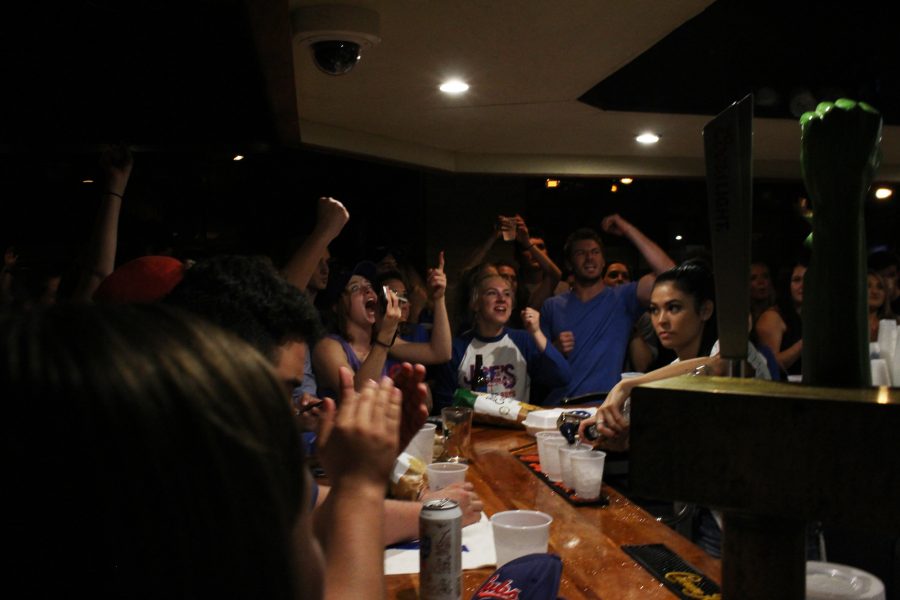 The sibling rivalry has always been the mindset I’ve had growing up in Chicago as a White Sox fan. I’ve heard jokes about being one of the few hundred Sox fans that exist in a town that loves the Cubs. Even the new logo for the ballpark where the White Sox play is a downward- pointing arrow. It all comes with the territory.

But with all the jabs and jokes I’ve experienced as a Sox fan, I’ve always had something that Cubs fans never had: I saw my team win the World Series — well, it depends on who you ask; CBS and ESPN don’t think 2005 happened.

Despite everything that I take as a Sox fan, I could always gloat that my team had actually won a championship during my short lifetime. My drought was 88 years, and my team got there first. That’s something Cubs fans can never take away from me.

But things changed once the playoffs started. I didn’t care when the Cubs were swept last year, but this year I got caught up. When the Cubs fell 2-1 to the San Francisco Giants, I’ll admit I was happy. The same was true for when they were down 2-1 to the Los Angeles Dodgers, and when they fell 3-1 to the Indians; well, Halloween was a lot of fun.

But that’s easier said than done. Theo Epsteins don’t grow on trees, but other teams manage to win championships, so it can be done. If anything, Sox fans should be mad with the status quo and the refusal to change course. They shouldn’t be mad at Cub fans or hate the players — if anything, you should want players like those.

Instead of focusing your anger at the North Siders, focus them on those running the South Siders. While the Cubs will be perennial contenders, Sox fans will be left with general apathy, or as general manager Rick Hahn said, “mired in mediocrity.”

So congratulations to the Cubs and its fans. You won, but guess what, this isn’t the end. This team is built for the next 10 years, and although there hasn’t been a repeat champion in baseball since 2000 when the New York Yankees won three-straight, don’t be surprised if the Cubs win a few more before Kris Bryant and Anthony Rizzo play their last games with the Cubs.

For my fellow Sox friends, let your friends and family enjoy this moment. Give them a handshake or a hug; they’ve waited their entire lives for this moment.

And remember, although the next few years might be unbearable at the moment, we did it first.

Michal is a senior in Media.