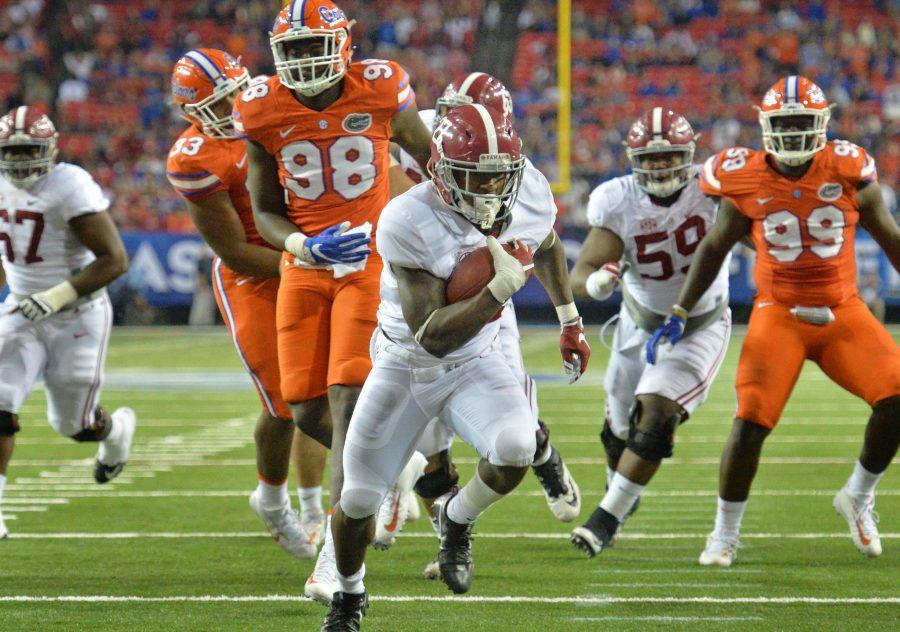 Alabama running back Derrick Gore runs for a touchdown in the second half against Florida during the Southeastern Conference championship game at the Georgia Dome in Atlanta on Saturday. Alabama won, gaining a spot in the College Football Playoff. 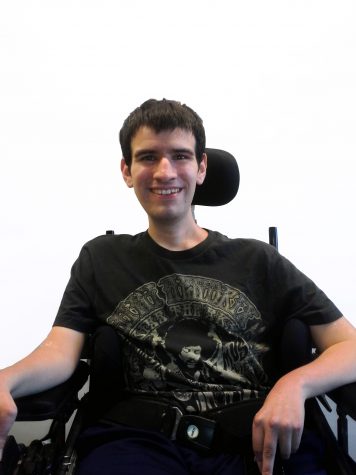 Late Saturday night, after Penn State pulled off an improbable victory in the Big Ten championship game, distant echoes of protests that the Nittany Lions deserved a playoff spot could be heard — and that denying the conference champion that had beat the second-best team in the country would be some sort of injustice.

By Sunday morning, most of this hand-wringing subsided with the realization that Ohio State was almost assured a spot as the Big Ten’s College Football Playoff representative.

With the regular season’s final AP rankings showing Ohio State ranked No. 2 and Washington No. 4, any hopes of Penn State continuing its magical season with a playoff spot were, in essence, put out.

Just hours later, the College Football Playoff top four were revealed — largely mirroring the final AP rankings released hours earlier. Ohio State was in and slated to play Clemson in the national semifinal; Penn State was out and tapped to play University of Southern California in the Rose Bowl — not too shabby of a consolation prize.

Once revealed, the pundit consensus quickly coalesced around the narrative that the committee got it right. And, given some of the playoff matchups, who would blame them? A Clemson-Ohio State semifinal sure is a spectacle to await. And who wouldn’t want to see either a rematch of last season’s national championship or a rematch of 2014’s Ohio State-Alabama semifinal (sorry, Washington, for being punished with a semifinal date with the Crimson Tide).

Outside of the delectable matchups this year’s College Football Playoff offers, it is hard to argue that Ohio State did not deserve a spot among the nation’s best for squads.

As much as it may pain fans across Pennsylvania, the Buckeyes were consistently better throughout 12 games.

Unlike Penn State, Urban Meyer’s squad did not have any bad losses the entire season. And while the Nittany Lions struggled against Temple on Sept. 17, Ohio State was walloping the eventual Big 12 champion of the road.

The most glaring difference between the two was in performance against common opponents, namely Michigan. One team lost by 39; the other won a hard-fought game against arguably the nation’s stingiest defensive unit.

Without any knowledge of what specifically was discussed in the selection committee war room, I could tell you with strong confidence the performance gap between the two against Michigan was a significant blot upon Penn State.

Even Ohio State’s loss against Penn State, while shocking at the time, isn’t nearly as impressive as it probably should have been. Chalk that up to the incredibly fluky nature of that Nittany Lion victory.

As this past weekend made it clear, the selection committee is in it to choose the best teams even if not conference champions.

Ohio State, after all, played the most difficult schedule in the nation and ranked second in the Football Power Index proceeding Alabama.

In moving away from the Penn State-Ohio State mini controversy, it should not be overlooked how crucial the upcoming bowl season is for the Big Ten.

With four teams ranked in the top 10, it behooves the conference to reaffirm that regular-season success with a stirring performance in bowl games.

The Big Ten has 10 schools participating in bowl games, so finishing over .50 in those 10 games should be the goal.

After spending the last few seasons being on the cusp of overtaking the Southeastern Conference as the nation’s best, this might be the year where the Big Ten finally upset the existing college football order of the last decade. Of course, that can’t be done without a successful bowl season.

Also, let’s not forget the historical moment that potentially awaits the conference and the sport Saturday in New York City.

Michigan’s do-it-all Renaissance man Jabrill Peppers is a Heisman Trophy finalist, looking to become the second defensive player ever to win the award and first since Charles Woodson in 1997.

That, in addition to an Ohio State national championship and a Penn State Rose Bowl victory, would punctuate the Big Ten’s ascension to the top of college football.