Complain all you want, Groce is still the guy for now 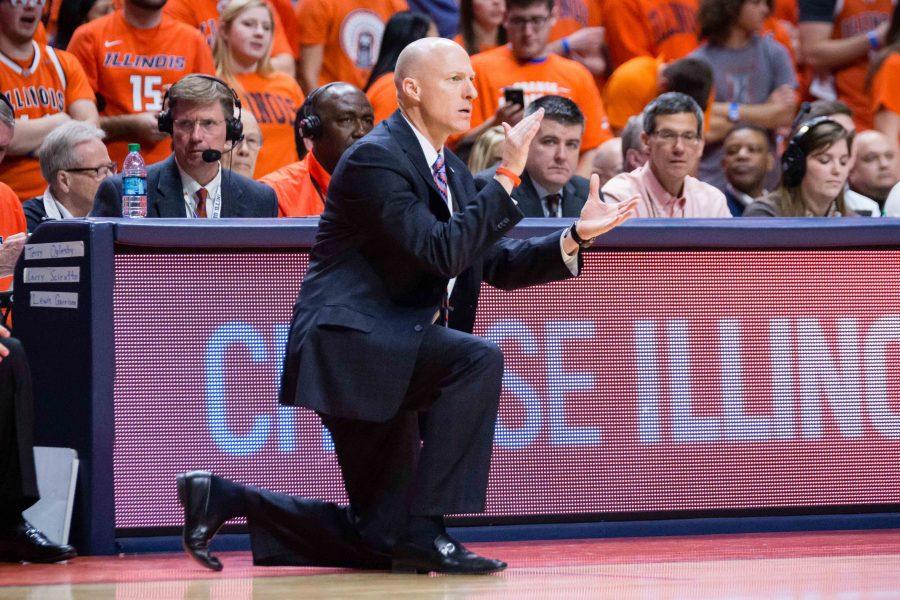 Illinois head coach John Groce claps for his team during the game against Penn State at State Farm Center on Saturday, February 11. The Illini lost 83-70. 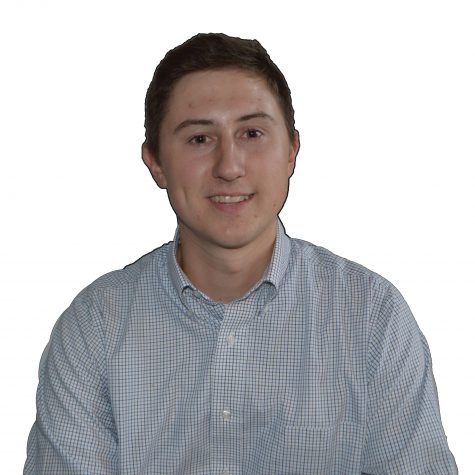 You can complain, boo and tweet all you want.

Yell until your lungs get sore and type as fast as you can to get #FireGroce trending.

Illinois sits at No. 13 in the Big Ten standings with five games remaining on the schedule. If the season were to end today it would be the worst Big Ten finish in Groce’s five years as head coach. But, I don’t think he will be fired.

Groce and Director of Athletics Josh Whitman appear to have a close relationship. Whitman ultimately has the power to fire Groce, but the fact that they have a strong bond is going to help Groce stick around.

When Whitman was hired by Illinois in February 2016, he made a statement that Groce was the right guy for Illinois basketball. This was right after he fired football coach Bill Cubit and after Groce’s team had a rough 2015-2016 campaign both on and off the court.

In fact, I would even go as far to argue that Whitman is Groce’s No. 1 supporter. Whitman has been seen at almost every home and away game for the Illini this season. There’s video of the two embracing after recruit Jeremiah Tilmon committed to Illinois and I even spotted the two in the same box at the Dierks Bentley concert last October. Whitman has Groce’s back.

I don’t think this necessarily means Groce has an indefinite grace period. I would bet there is some mutual understanding of what Whitman expects Groce to accomplish in the next couple of years.

And next year has the potential to be a special season.

I believe Groce’s incoming recruiting class has saved him for this next season. If he gets fired there is the fear that he will lose his recruits, and I’m certain Whitman is considering that. This incoming class of 2017 is one of Illinois’ best recruiting classes in the last 15 years and by far the best Groce has signed for Illinois.

If Groce gets the axe, all of that talent could be threatened. From what I’ve seen on Twitter and during their official visit to campus, this recruiting class has a special bond. I’m not sure how all of the recruits would feel if Groce was gone, but one recruit would for sure be upset.

One of Groce’s biggest advocates is his four-star commit Trent Frazier. The 6-foot-2 guard is averaging about 28 points per game for his high school in Wellington, Florida, and has been active on Twitter supporting Groce.

On Dec. 29, 2016, Frazier sent out a string of tweets saying, “Don’t get rid of my guy, GROCE, he needs to be there when I’m there” and “Coach Groce is one the best coaches in College basketball that’s my guy”.

Groce is contractually obligated to be Illinois’ guy through the 2018-2019 season. The University isn’t going to want to pay both Groce and his replacement for the next two seasons if he were fired.

I don’t think that means Illinois is going to keep him until his contract expires, but I think it makes a strong case to keep him for the remainder of this season and possibly all of next year.

I’m not writing this column to pledge my support of Groce or to campaign against Groce.

I’m writing it to advise everyone to save their breath and rest their thumbs.

Groce is going to be here longer than you think.

Matt is a junior in Business.