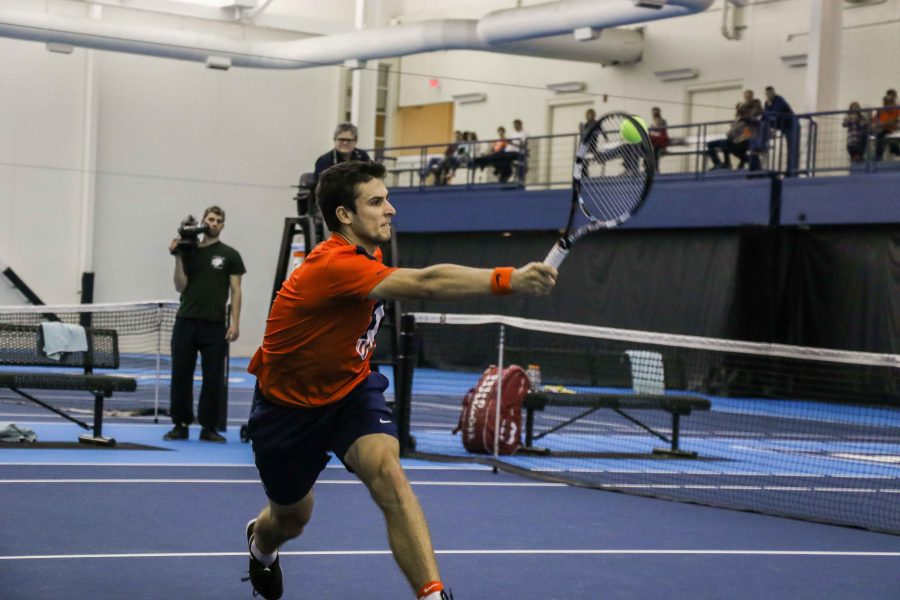 The Illinois men’s tennis team fell to No. 19 TCU, 5-2 Wednesday night. The Illini are now 9-6 this season.

The Illini collected two wins during the singles competition. No. 20 Vukic closed out a three-set victory over No. 3 Cameron Norrie, ending his undefeated record this season.

Clark followed Vukic, earning the Illini’s second point of the evening with a win over Hudson Blake.

“Zeke and Vuki did a great job of staying calm and letting themselves work into their respective matches,” head coach Brad Dancer said. “We are surprised by the (team’s) result, and I give TCU the credit for making us uncomfortable in many spots.”

Before traveling to Texas, Dancer said his team felt prepared approaching the match but could not get much going against the top-20 team.

“The coaches looked around last night and felt the guys did a good job of being ready,” Dancer said. “When the match hit, we looked a bit dazed all around.”

The Horned Frogs held onto their momentum in singles. Rybakov toppled Hiltzik 6-2, 6-1 on Court Two.

The Illini’s next stop on their five-match road series will be against No. 11 California on Saturday.