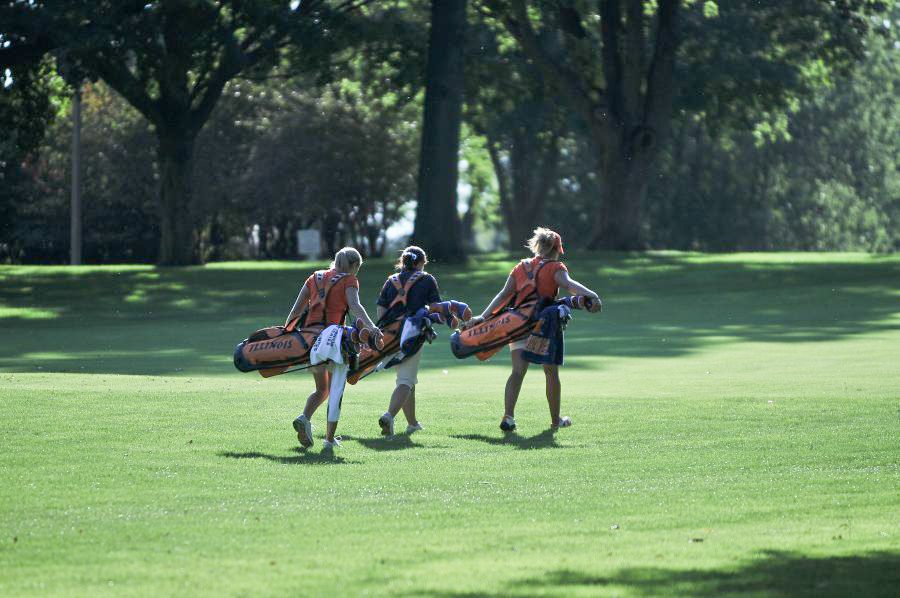 The Illinois women's golf team will head to Cincinnati this weekend for the Big Ten championship.

All 14 Big Ten women’s golf teams will compete in a three-day meet for the conference title this weekend in Cincinnati, Ohio.

Bing Singhsumalee finished in a fourth-place tie for the Illini last year. She returns as the top golfer for Illinois.

Northwestern has the largest number of top-20 four golfers returning from last season’s top 20, including Stephanie Lau who tied with Singhsumalee last year, two-time Big Ten Player of the Year Hannah Kim in ninth, Janet Mao in 12th and Kacie Komoto in 17th.

Six Big Ten teams are ranked among the top-50, according to the most recent Golfweek rankings. Northwestern leads at No. 14, followed by No. 29 Ohio State, No. 33 Purdue, No. 36 Illinois, No. 40 Michigan and No. 48 Wisconsin.

Northwestern and Ohio State shared the Big Ten championship in 2016 for the second-straight season after shooting a three-round score of 852, followed by third-place Purdue with an 859.

This year’s competition will be held at TPC River’s Bend Golf Club.