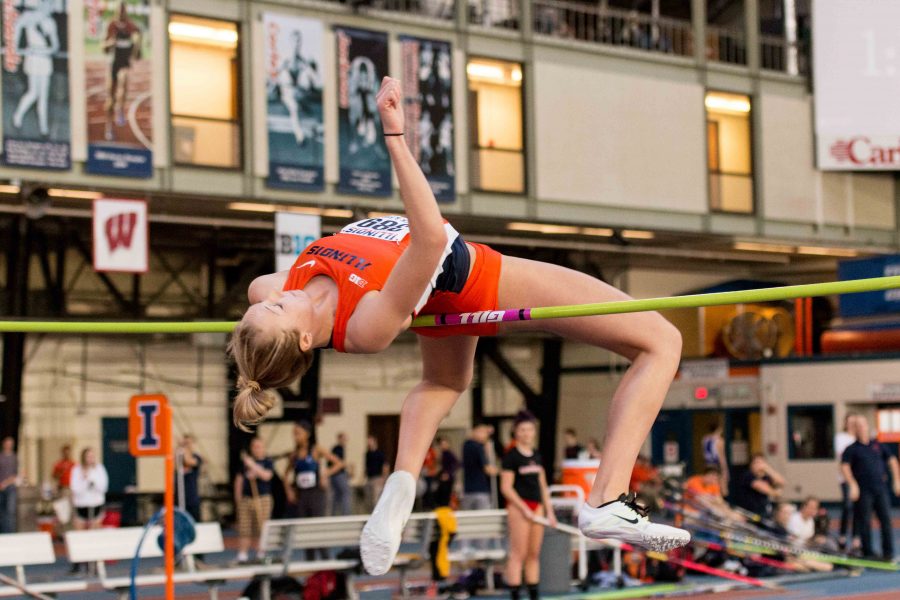 Illinois will host a dozen teams at its annual Twilight meet Saturday.

For senior high-jumper Kandie Bloch-Jones, her final competitions are winding down. With the Big Ten championships on the horizon and only having jumped two outdoor meets this season, Bloch-Jones is ready to take advantage of her final months at Illinois.

“Only having two meets under my belt, I just kind of want to take this meet and just have fun with it, since it is my last meet here,” Bloch-Jones said. “I just want to basically practice, learn and get ready for Drake (relays) and Big Tens.”

Bloch-Jones is aiming to topple her previous record at 1.8 meters (6 feet) but has a slot in the NCAA regional finals with her season-best at 1.7 meters (5’10”).

Although the meet marks the end of an era for some Illini, it’s also a chance to prepare for Big Ten championships May 6.

“I see it as a way to get in and get some more runs in before Big Ten championships and NCAA prelims,” sophomore hurdler Jayla Stewart said. “I just want to get in a good time, so I know where I’m at before I actually get to the big meets.”

Stewart is one of several athletes who has already clocked a qualifying time for regionals. After running a 13.28, Stewart is sitting comfortably in the top-48 fastest times that are eligible for a slot. Fellow hurdler Kortni Smyers-Jones is right on the cusp. Both hurdlers will also run the 200 meter Saturday.

But she said her confidence in training will push her to a higher ranking.

“I’m confident in my training; I don’t like to overthink, so I kind of just trust in my abilities and what I know I’m capable of,” Smyers-Jones said. “I’m not running it at the Big Tens — I’m doing it more so as a workout to stay in shape for the 100 hurdles, but anything can happen. I’m pretty sure if I go out there and bust an incredible time, I could be considered to run at the Big Tens.”