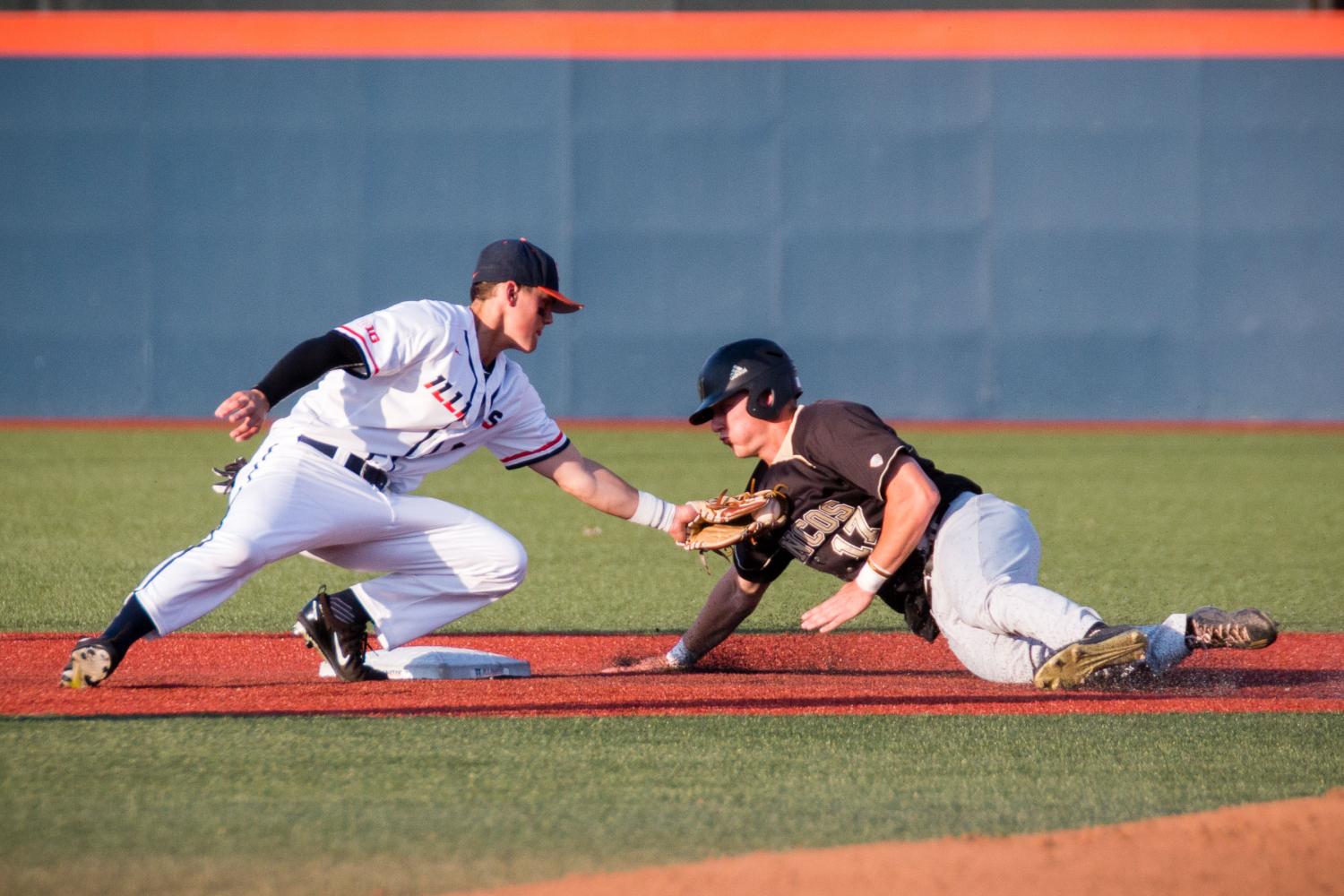 After losing the previous two matches this season, the Illinois baseball team picked up its first win over downstate rival Southern Illinois Carbondale on Tuesday.

This was the third-straight win for the Illini, putting them within four games of reaching the .500 mark on the season. Southern Illinois dropped to 23-23.

Illinois fell behind early after starter Cole Belair gave up an RBI single to Logan Blackfan to drive in the first run for the Salukis in the first inning.

But, the Illini were quick to bounce back, scoring two runs of their own in the top of the second inning. Brendan Spillane drove in the first run on a single to center that scored catcher Mark Skonieczny. That was quickly followed by a Trent Hammond triple that scored Spillane from first and gave the Illini their first lead.

Again though, the lead would not last, as the Salukis answered with a Dyllin Mucha home run in the bottom of the third.

In the fourth inning, both teams scored one run to tie the game at four, highlighted by an RBI single from Doran Turchin to score freshman shortstop Ben Troike.

But after the third tie of the game, the Illini created some separation between themselves and the Salukis.

In the top of the fifth inning, Illinois scored two runs that came from an RBI single from reigning Big Ten Freshman of the Week Michael Massey, scoring Tyler Engler, followed by a Skonieczny sacrifice fly that allowed Pat McInerney to score.

The Illini followed up their big fifth inning with another run in the seventh when Massey scored on a passed ball — the only unearned run of the game.

Southern Illinois went on to score two more runs in the eighth, but Illini closer Joey Gerber came in and shut the Salukis down in the ninth, earning his sixth save of the season.

Despite a start of four innings and three earned runs from Bellair, Zak Devermann picked up the win for Illinois after throwing a two-strikeout scoreless sixth inning.

Massey continued his hitting streak — which is now at 14 games — with two hits, an RBI and a run. Fellow freshman Troike also had a multi-hit game and was essential in securing the win for the Illini.

Following the win, the Illini will head home for a weekend series against Maryland. Illinois sits two games back of Michigan State for the eight seed in the Big Ten tournament, and picking up a second straight series win against a Big Ten opponent could go a long way in its hopes to make a postseason run.