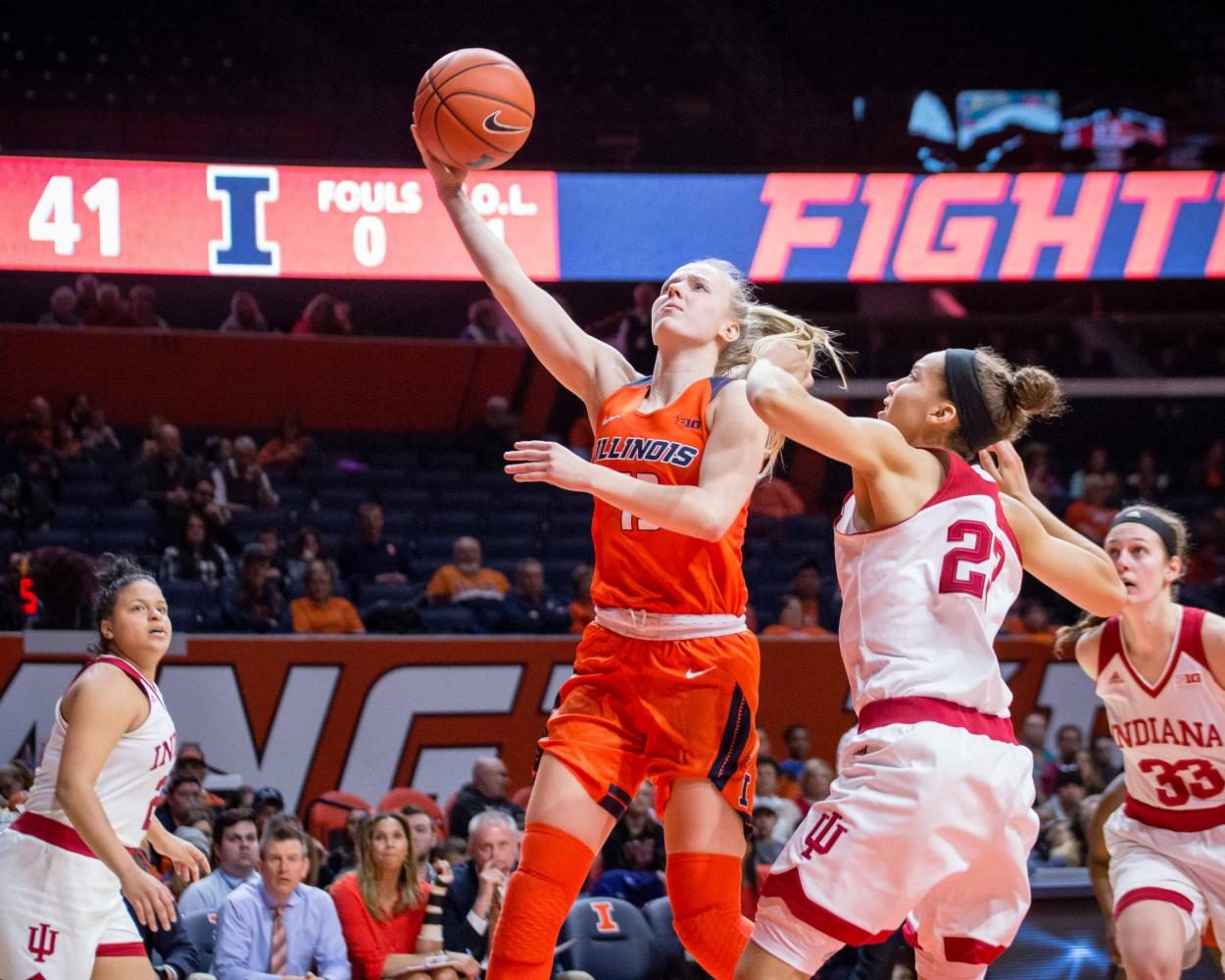 Illinois’ Petra Holešínská goes up for a layup during the game against Indiana at State Farm Center Feb. 25.

Matt Bollant coached the Illinois women’s basketball team for five seasons, but this past year proved to be his last.

On March 14, a day after Bollant’s 46th birthday, Illinois Director of Athletics Josh Whitman announced that Bollant was let go. The firing came three days after John Groce was relieved of his duties as head coach of the men’s basketball team.

In a press release, Whitman made it clear that his job was to ensure all programs at the University were afforded the same opportunity to be the best they can be.

“Our expectations for women’s basketball, however, match those that we have for many of our other sport programs: to compete at the highest level, year in and year out,” Whitman said. “I am excited to embrace a future for Illinois women’s basketball where we realize the program’s full — and virtually unlimited — potential.”

During Bollant’s tenure, his only winning season was his first. This past year, Illinois started off 5-6 but only won four more games the rest of the year. After winning their eighth game Jan. 15 against Nebraska, the Illini lost 11-consecutive games and weren’t victorious until facing the Cornhuskers again in the Big Ten tournament.

The 79-70 victory was Illinois’ only Big Ten tournament win under Bollant.

Aside from what happened on the court, the team also endured turmoil off of it during Bollant’s time. In 2015, seven former players filed a lawsuit against the University alleging that Bollant and former assistant coach Mike Divilbiss created and fostered a racially discriminatory environment.

The $10 million lawsuit claimed both coaches had violated the Title IX act. After a University investigation, Bollant was cleared of any wrongdoing, and the school reached a settlement with the players for $375,000.

“I have responsibility for what went on here,” Bollant said. “I tried to control what I can control, but I certainly made some mistakes, and some things didn’t go the way they needed to go.”

Eight days after Bollant’s departure, Nancy Fahey became the ninth head coach in program history and brought with her a long list of accolades. She is already a member of the Women’s Basketball Hall of Fame and won more games at Washington University — a Division III school in St. Louis, Missouri — than Illinois has won in its 43-year history.

During her 31 years coaching the Bears, Fahey became the fastest coach in NCAA history to reach 600 wins and totaled 737 before deciding to come to Champaign. She also led Wash U to 10 Final Fours and five national titles — including four-straight from 1998-2001.

Fahey and Whitman worked together for three years at Wash U and when the opportunity came for the women’s head coaching spot to be filled, Whitman knew Fahey was someone he had to reach out to.

“This was one of my bigger selling jobs,” Whitman said. “It’s hard to (sway) someone who’s been some place for 30 years (and) had the kind of success that she’s had.”

Despite an underwhelming 2016-17 season, Fahey will take over a program with a lot of young potential. Freshman Brandi Beasley led the team in scoring during Big Ten play at just over 15 points per game. She also totaled 120 assists on the season — the second most by a freshman in school history – and was named to the 2017 Big Ten All-Freshman Team.

Freshman Petra Holešínská also showed she could be a big offensive weapon for the Illini. Her ability to stretch opposing defenses was highlighted by her team-high 54 three-pointers. She also had four games in which she knocked down five shots from beyond the arc and was once named Big Ten Freshman of the Week.

Aside from knowing the team’s abilities on the court, Fahey isn’t just concerned with wins and losses. She said she looks forward to getting to know her players on a more personal level this upcoming season and in the years to follow.