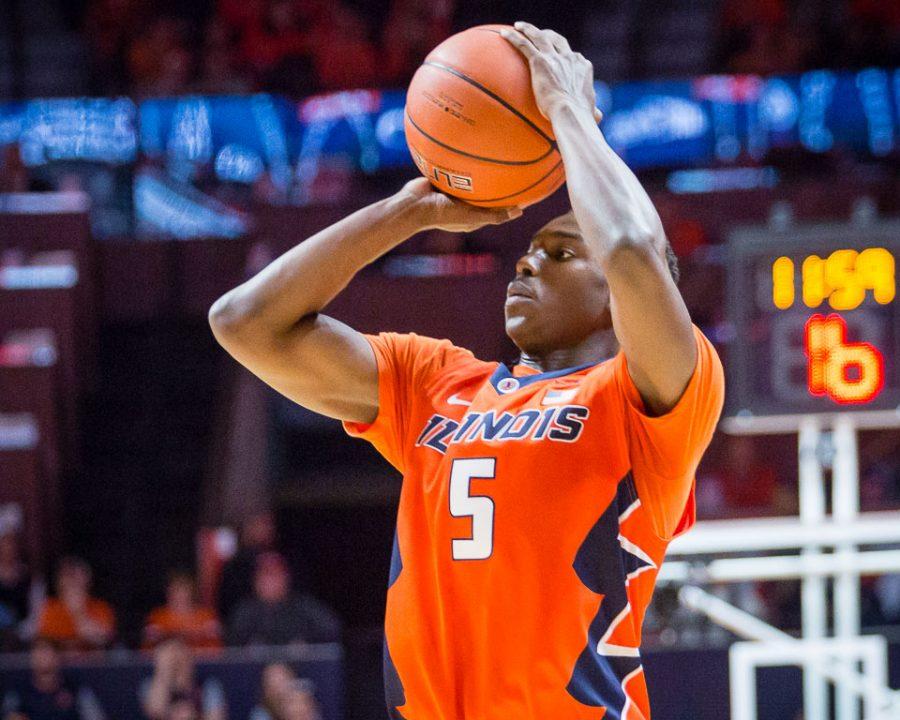 Illinois' Jalen Coleman-Lands (5) shoots a three during the game against Michigan State at State Farm Center on Wednesday, March 1.

Illinois transfer Jalen Coleman-Lands has committed to DePaul, he tells Scout. Averaged 8 PPG. Big pick up for the Blue Demons.

The rising junior was granted a release from the Illinois program on May 25.

The Indianapolis native was the highest-rated player brought in by former head coach John Groce. Coleman-Lands played in all 69 games — starting 39 times — during his underclassmen years at the University.

Coleman-Lands made noise as a freshman, averaging 10.3 points per game and breaking the all-time program record for three-pointers made by a freshman, 87.

The four-star guard entered the 2016-17 campaign after breaking his hand during team workouts last off-season. He averaged 8.0 PPG and shot 42 percent from three-point range as a sophomore.

After sitting out the 2017-2018 season, Coleman-Lands will have two more years of eligibility remaining.