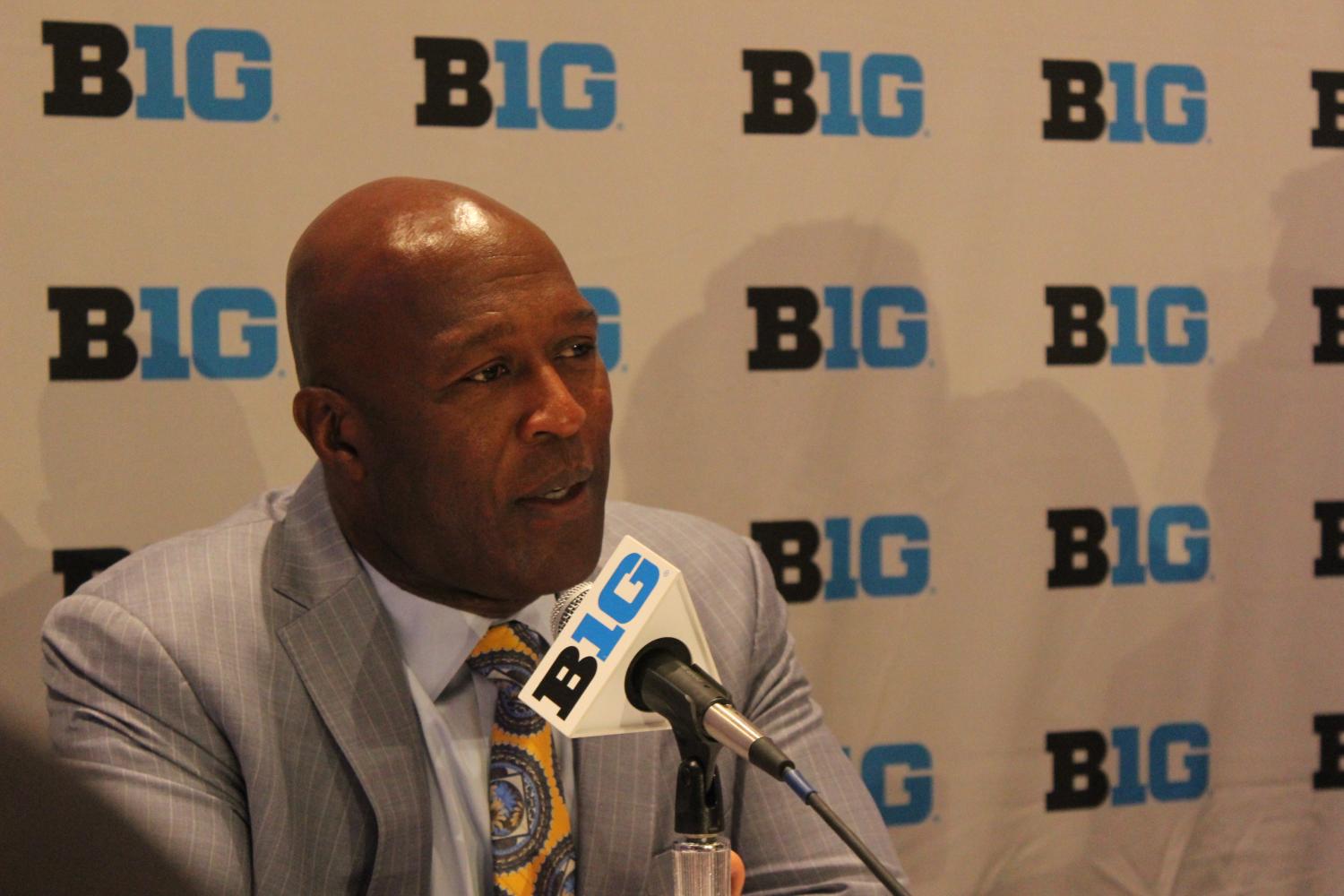 Illinois head football coach Lovie Smith does not enjoy yelling. He doesn’t see much use for it.

And he could have done plenty of it last year with a 3-9 football team.

“Do you need to yell to be a good coach?” Smith asked a reporter after the subject came up.

Smith said he doesn’t care how his messages are received as long as his players are learning from him and the coaching staff. He wants his words to have an impact in the locker room and on the field.

He just doesn’t see yelling as a necessary way for his players to learn from him.

One of Smith’s favorite teachers growing up never yelled at anybody. That inspired him to take on his even-keeled coaching style.

“Ms. Pace never yelled at me, and I listened to everything she said,” Smith said. “So as long as the guys are listening for me, I hadn’t thought about yelling a whole lot.”

Smith’s players said that though his voice may be softer, the head coach’s tone is clear and direct.

Defensive back Jaylen Dunlap is entering his senior season with the Illini and said he knows when Smith means business.

“Coach Smith does not yell; it’s surprising because I’ve never had a coach that didn’t yell,” Dunlap said. “Coach can yell at you without yelling at you. He’s highly respected. He doesn’t say anything he doesn’t mean.”

Dunlap admitted he acted unprofessionally after making a good play by the Michigan State sideline last year. When he got back to the bench, Dunlap said Smith’s stern tone taught him a valuable lesson.

“Coach (Smith) just told me ‘You don’t act like that, that’s not the way you go about things,’” Dunlap said. “It’s sportsmanship, and that’s what he tries to preach, and that meant a lot to me”

The lesson stuck with Dunlap enough to seek out and apologize to Michigan State head coach Mike Dantonio on Monday at Big Ten Media Days.

Wide receiver Malik Turner echoed Dunlap’s sentiments and found Smith’s technique a good fit for the Illini system. He said the other coaches on Smith’s staff have followed his lead and want their players to continue learning.

“With (wide receivers coach Andrew Hayes-Stoker), he has taught me a lot, and I know the type and quality of work you have to do on a daily basis to get better,” Turner said. “He’s just been teaching me what to do along with the other receivers out there.”

As Smith enters his second season as the Illini head coach, he has no plans on changing the way he approaches coaching his football team.

“I want to teach my players how to play, the expectations I have for them,” Smith said. “As long as I’m not yelling, I’m thinking about coaching.”