The Illini are ready to go back-to-back 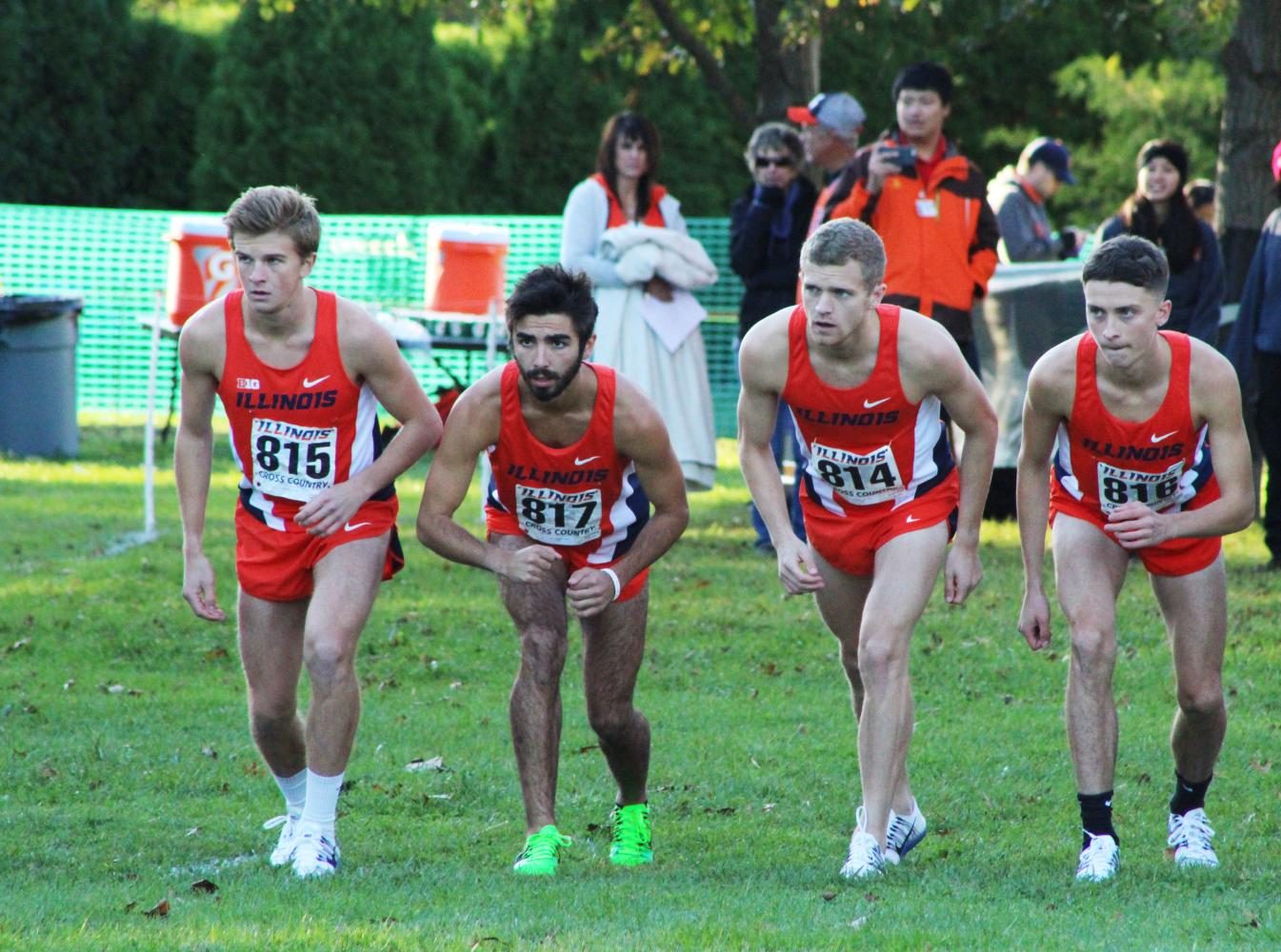 The 2017 men’s cross country team looks a lot like last season’s squad, with a few adjustments.

Take away two of 2016’s top seven NCAA qualifiers, and add a summer’s worth of strength training, and you have this fall’s magic formula. A mixture of experience and skill that 2016 Midwest Region Coach of the Year, Jake Stewart, said will set forth to improve upon last year’s 23rd place finish at the National Championships.

“I think we have clear cut goals in our eyes, and what we want our success to look like this season,” Stewart said. “Of course we want to improve from where we were at last year, but now we want to sharpen our skills and want to be running the best in the Big Ten and on a national level.”

Two major staples are returning to this year’s seasoned squad. Sophomore Jon Davis and junior Jesse Reiser stepped off the course last year with regional and national honors and a slew of personal records. Each athlete played an important part in leading the Illini to their first NCAA appearance in 30 years.

Reiser, typically found running at the front of the Illini pack in tangent with David, “the best workout partner he’s ever had,” is also returning from a fruitful track season.

Last year he clocked the seventh-fastest 8K and eighth-fastest 3,000-meter times in school history. At the NCAA Championships, he finished third on the team in the 8K at 25:36.1 and collected All-Regional Honors for the second time in his career.

His success on the track last spring showed not only Resier’s ability to compete at the highest level but also strengthened his confidence moving toward this season of cross country.

“Last fall I didn’t quite have the season I was hoping for,” Reiser said. “But getting to the National Championships was very exciting and gave me a lot of confidence going toward track.”

Although Davis and Reiser are among the fastest distance runners in the Big Ten, Stewart attributed part of last season’s success to the squad’s depth.

“You have our two guys closely matched up front, but the rest of the team has a lot of interchangeable parts,” Stewart said. “Most of the time, the guy who finishes fourth won’t finish fourth every time. It says a lot about our group, not as a matter of talent or big jumps in performance. But that if you believe in yourself, fully believe, you can execute a good race … the entire team sways this way, and they really go out and do their best.”

The close-knit group has a deep bench, so to speak. And according to Reiser, a team-wide eagerness to succeed also strengthen the bond between runners.

“It’s really awesome because we all want to do well and have the same ambitions,” Reiser said. “Over the past two weeks, I’ve gotten to see [the team] on campus for the first time since the spring, and it’s great to see everyone’s confidence. We all had great spring [seasons] and are really ready to fight for this goal together.”

Although sights are set on the NCAA Championships in November, the team is focusing on improving one race at a time.

“A goal is to shrink the season to daily battles and workouts, then before we know it it’ll be November 30,” Stewart said.  “As long as we do what we need to do in the two or three hours at practice, the rest should fall into place, and we’ll be able to execute really well.”

This season’s first day of practice was met with a sense of fluidity among returning runners, says Stewart.

“Everyone looks really good, really lean and strong. Our guys in action seem very methodical,” Stewart said. “We are definitely improving our approach to the season this year.”

Because of the team’s experience, the focus has been pulled away from hefty mileage and put toward technique and race execution, Stewart says.

“A learning curve for us will be around racing,” Stewart says. “Watching the way we race will give us more information for our success.”

The Illini will open their season at the Walt Crawford Open, hosted by Eastern Illinois on Sept. 1 at 5:30 p.m.