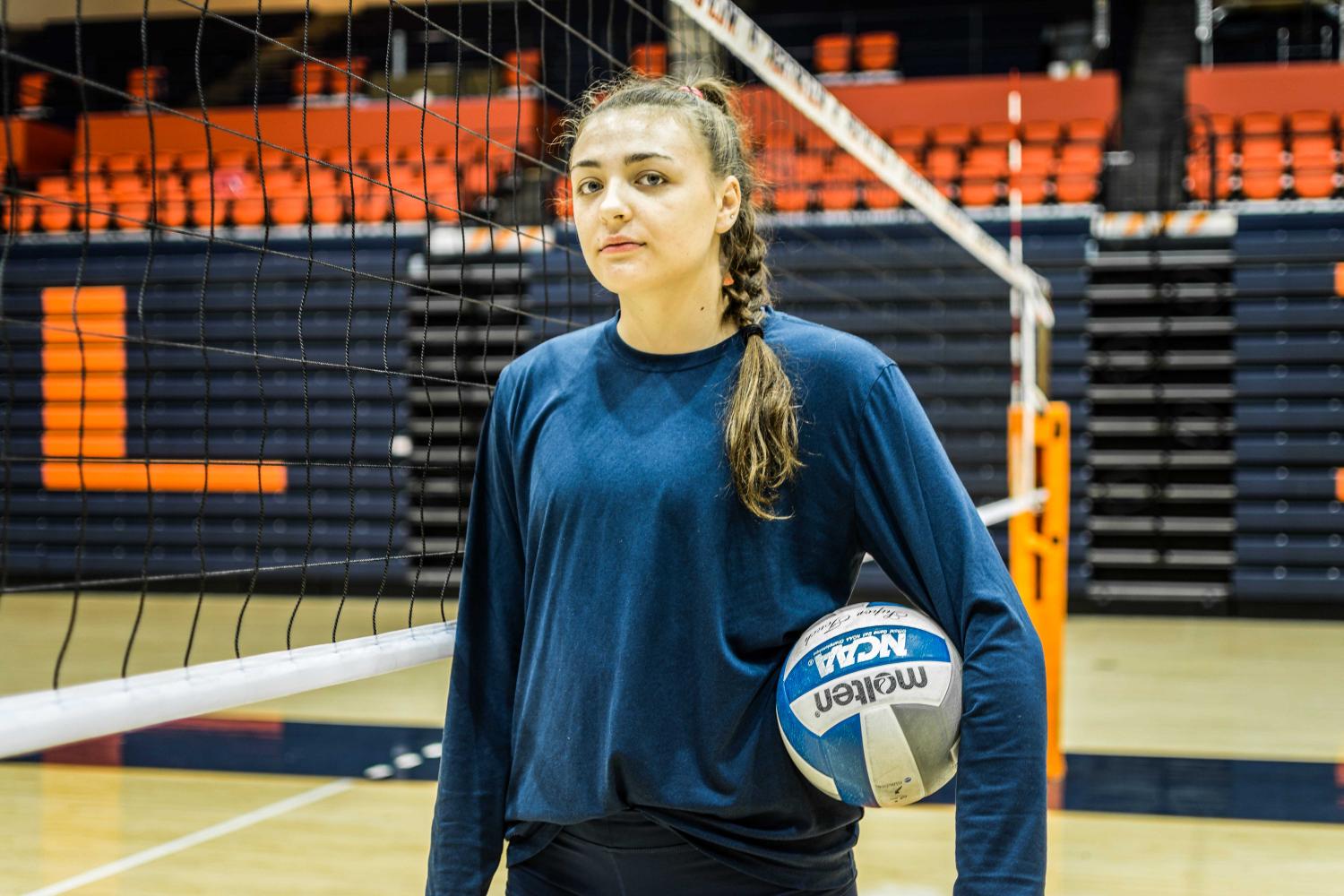 Ali Bastianelli poses for a photo during practice on August 30th.

Despite a flawless record and two tournament titles, the Illinois women’s volleyball team is still looking for ways to be better.

Emerging from a nine-set sweep against opponents in the Cardinal Classic, the Illini are fine-tuning their performance.

“We can always learn. Even in practice we’ve been working on a few different line-ups and seeing what we can do, maximize our potential,” head coach Chris Tamas said. “We’re still early on, and it’s one of those things where it’s your first few weekends and it’s good to have that under your belt, but we still have another weekend before Big Ten play.”

As the Illini approach their first stint at home this weekend armed with nine freshmen and a revamped coaching staff, they are searching for ways to become more offensive and incorporate new faces into the rotation.

“Being open to change has helped us a lot,” junior middle blocker Ali Bastianelli said. “It’s all about being accountable and really focus on the things we need to do, so we can win the games we need to win.”

Defensively, Illinois has drowned out opponents, blocking almost five times as often and churning out about three times as many blocks-per-set.

Bastianelli tallied 18 out of the Illini’s 30 blocks against Louisville in the tournament title match of the Cardinal Classic. She said that the team is improving its blocking, but is also seeing gaps close on the back court.

The team’s makeover has caused different players to rise to the occasion as well, according to junior setter Jordyn Poulter. The Illini are flourishing under the management of three new assistant coaches and nine freshmen.

“I think we have a very different team, we have an all new coaching staff and nine freshmen so I think it’s just kind of been a journey for everyone,” Poulter said. “I think Morgan (O’Brien) has put a lot of time and effort into passing, and it payed off and it makes my job easier. I’m just excited to see our progress from week to week and seeing how we mesh together as a team and seeing what different people do and who steps up.”

Simulating game-like situations during practice has also been a focal point for the team so far. A newly minted season requires players to re-adjust to game speed and pressure, Tamas said.

“I think every moment is a chance to put them in a pressure situation and I think that’s what we do in practice, but until you get to an actual match that’s when you see it the most,” Tamas said. “It’s about the team, it’s not about any one of us, it’s not about me in particular, it’s about us. It’s (also) about maximizing us as a team and how we’re going to go about that every day.”