Illinois to face one of nation’s top running backs 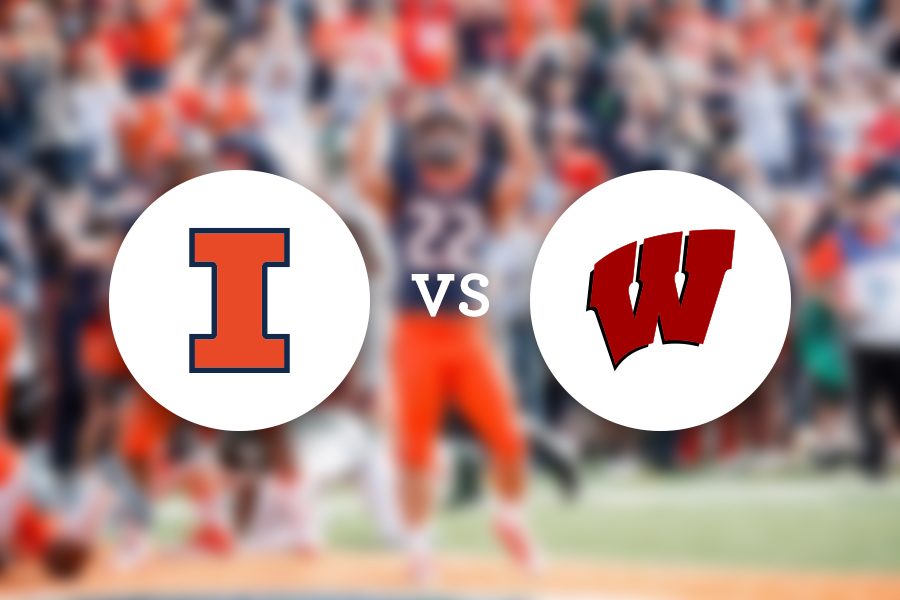 The Wisconsin football team seems to have developed some sort of automated system for producing high-level running backs.

Names like Corey Clement, Montee Ball and Melvin Gordon have all had great careers as Badgers in recent years.

Illinois will face another one when it hosts Wisconsin on Saturday.

The freshman running back matched the FBS record for the fewest games to reach 1,000 yards. It took only seven games for him to tie the record.

Illinois coach Lovie Smith understands what Taylor brings to Wisconsin’s offense. He said Taylor is not the only guy the Illinois defense will have to worry about.

The Illini defense has won the turnover battle in the last few games and will have to do it again against Taylor and the Badgers.

Illinois is coming off a game when it picked off Minnesota starting quarterback Demry Croft twice as well as a forced fumble.

Taylor has lost a fumble in each of his last two games over a span of 14 carries. Through seven games, he has three total fumbles.

“We’re gonna have to finish off plays all across the board (against Taylor),” said Illinois defensive coordinator Hardy Nickerson. “He’s one of the top backs in the country with a strong offensive line, so you take all those things into consideration, this is a pretty damn good offensive football team.”

The Illini will also face a left-handed quarterback this weekend, something they have not yet seen this season.

Alex Hornibrook comes into the game with 1,435 yards, 13 touchdowns and seven interceptions.

Illinois safety Bennett Williams, who is coming off a 14-tackle game against the Golden Gophers, said the Wisconsin quarterback can be vulnerable at times.

“He’s a great quarterback leading the No. 5 team in the nation,” Williams said. “He does make mistakes that I think we can pick on, and if we get after him, I think we’ll be able to force some turnovers.”

It remains to be seen how the Illini will handle their quarterback situation against the Badgers.

Jeff George Jr. and Cam Thomas both received playing time last week and continued to sub each other in and out.

Thomas will give the Badgers more of a threat on the ground while George should make them respect his arm.

Both players said the quarterbacks are a tight group and will do anything to help each other out during games.

“(The rotation) opens up everything else,” George said. “The defenses have to know that Cam’s abilities when he comes in are a factor, so I think it’s a good thing that as long as we execute, we can really get it going.”