Alstork steps up for Illinois 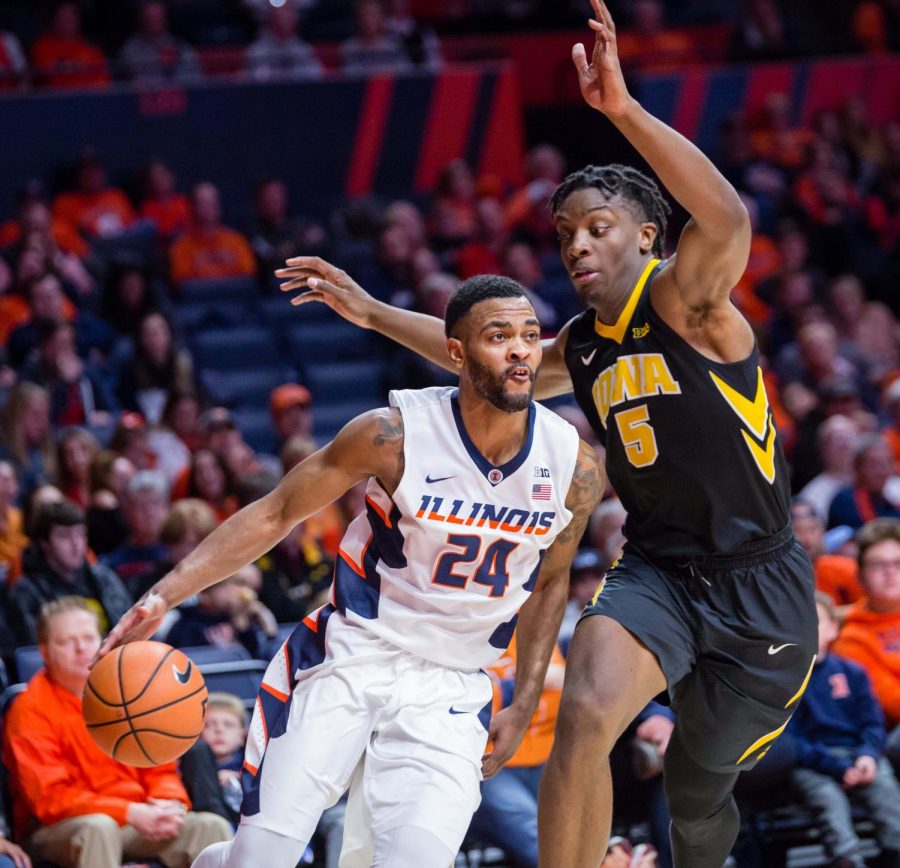 Illinois guard Mark Alstork drives to the basket during the game against Iowa at State Farm Center on Jan. 11. The Illini lost in overtime 104-97.

Mark Alstork has struggled to score the ball this season.

The Wright State transfer scored 1,042 points in two seasons with the Raiders, but is averaging just 6.7 points per game for the Illini. However, over the past two games, he has found a shooting rhythm. He’s averaging 15.5 points on 55.6 percent shooting, while serving as Illinois’ top perimeter defender.

Head coach Brad Underwood has commended Alstork all season for finding other ways to affect the game without scoring, but said making a few shots should give him reassurance.

“We’ve never told Mark not to shoot,” Underwood said. “When he takes good shots, he has a good chance to make them.”

Three-pointers have been hard to come by for the Illini. The team is shooting 31.9 percent from behind the arc this season and is ranked 13th in the Big Ten. In the last outing against Ohio State, Illinois made just nine of 28 attempts.

Trent Frazier has had two games this year where he has been lethal from long range. In an overtime loss to Iowa, Frazier knocked down a career-high seven 3-pointers, and just last week, he knocked down five 3-pointers at home against Rutgers. However, in Illinois’ last game, he made just two of his nine attempts and took a few ill-advised shots from behind the arc.

“You can’t fall in love with it,” Underwood said. “Especially on the road.”

Frazier is the only Illini this season with over 100 3-point attempts but is shooting just 31.9 percent. Aaron Jordan has 38 made 3-pointers, and is also leading the Illini at 50.7 percent from downtown. He is the only guard shooting above 32 percent.

Kipper Nichols had just nine points against Ohio State, after averaging 19.3 points in the three games prior. He made three of his six shot attempts, but was plagued by foul trouble. Underwood said

Nichols has shown his versatility on offense, but added that his real growth will come on the defensive end. He believes if Nichols can defend without fouling, it will help strengthen Illinois’ defense.

“I don’t want to just throw it on Kip,” Underwood said. “We have a saying that you’re only as strong as the weakest link of your chain. He’s starting to understand and become more active.”