Whitman named to SportsBusiness Forty Under 40 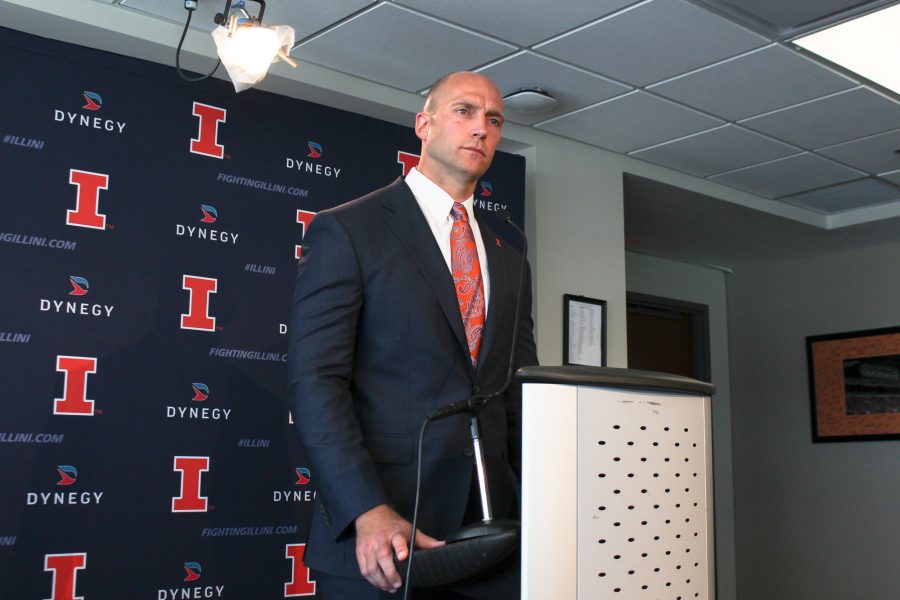 Director of Athletics Josh Whitman was awarded a place on the 2018 SportsBusiness Journal/Daily Forty Under 40 list.

For 19 years, the SportsBusiness Journal has recognized 40 executives for excellence and innovation in their careers, all before the age of 40.

In February 2016, Whitman was named the director of athletics for the University. At the time, he was the youngest to hold the position in the NCAA’s Power Five conferences.

Almost immediately after being hired, Whitman implemented his “We Will Win” mantra while bringing the message of unity, optimism and bold action to the Illinois fan base. Whitman has been credited by some with the re-ignition of the Illini fan base’s interest in the basketball and football programs.

“I am honored to be included in this year’s SportsBusiness Journal Forty Under 40 class,” Whitman said in a press release. “Since I was in my early 20s, I have looked forward each year to the announcement of the class, and learning about each honoree’s accomplishments. To now be included in such company is both surreal and humbling.”

While Whitman is the one receiving the recognition, he made it clear that he plans to share the credit.

“Any recognition that comes my way is a reflection of the incredible work undertaken by our entire staff, our coaches, our student-athletes and our passionate Illini Nation,” Whitman said. “I am privileged to represent the University of Illinois and Fighting Illini Athletics, and this award is a testament to the program we are building together.”

Whitman will be honored at the annual black-tie awards ceremony and banquet April 18 at the J.W. Marriott Los Angeles along with the 39 other honorees. All 40 executives will be featured in an April issue of SportsBusiness Journal.