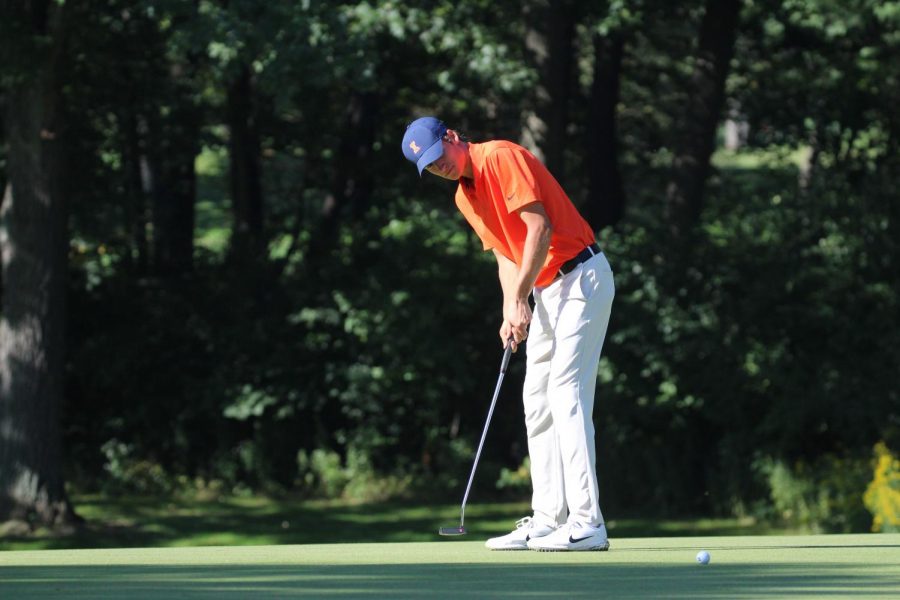 The No. 24 Illinois men’s golf team continued its reign over the Big Ten Conference this weekend, capturing its 10th Big Ten Championship title in 11 years.

After facing difficult conditions while playing the Philadelphia Cricket Club course in Flourtown, PA all weekend, Illinois broke away with the lead on Sunday, finishing 2-under as a team on the final day of competition to make their total score 28-over-par.

The Illini were led by freshman standout Adrien Dumont de Chassart, who finished tied for first with the Golden Gophers’ Angus Flanagan. Dumont de Chassart was over par the first two rounds of play, but shot a 4-under-par 66 for a strong Sunday finish.

He was one of three Illini under par on Sunday, joined by juniors Giovanni Tadiotto and Michael Feagles who shot 68 and 69, respectively.

Rounding out Illinois’ scores were sophomore Varun Chopra and junior Bryan Baumgarten; Chopra had led the Illini alongside Feagles after round one, but dropped two additional rounds over par to end up T-11. Baumgarten, who played in Illinois’ No. 3 spot, got off to a rough start on Friday with an 8-over-par 78 and struggled to come back during the next two days of play.