Illini optimistic about defense in 2019 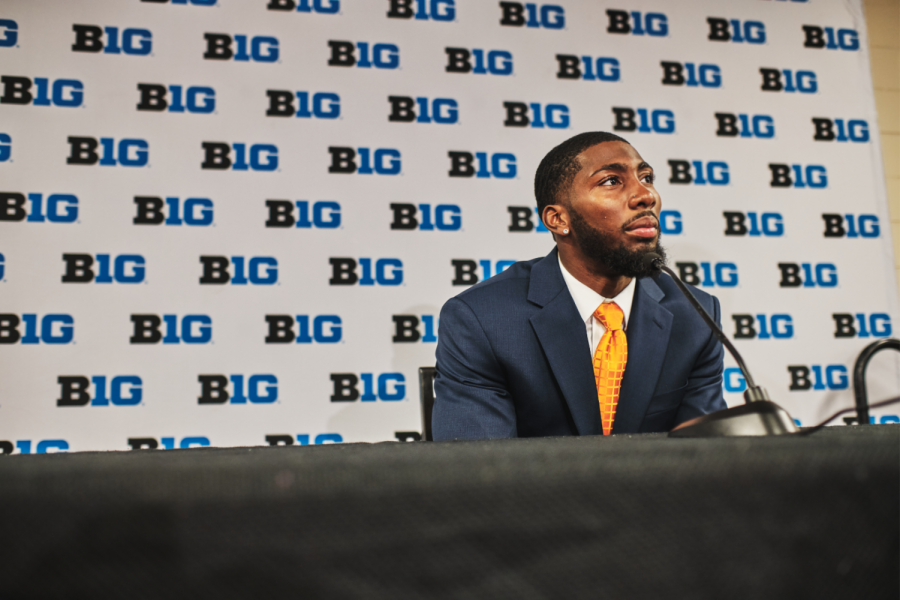 A wise man once said this: “Defense wins championships.” Even among bottom-rung teams, including Illinois, defense was a hot topic at this year’s Big Ten Football Media Days.

And after recording the poorest defensive performances in the Big Ten last season — and one of the worst in program history — Illinois head coach Lovie Smith cited improvement in 2019.

Statistically speaking, Illinois’ struggles during the 2018 season were obvious. The defense ranked 120th in the NCAA, allowing 39.42 points per game.

Against the running game, the Illini sat in the 125th spot, and against the passing game, they ranked even worse at 128th. On standard downs, the Illini defensive line allowed 3.14 line yards-per-carry, ranking last in the country.

Suspensions of starting safety Bennett Williams and defensive back Nate Hobbs, as well an upcoming redshirt season from defensive lineman Verdis Brown, who’s since been moved to the offensive line, further depleted the frail defense.

Illinois’ outlook dwindled again when defensive end Bobby Roundtree, who established himself as a standout and integral piece of Illinois’ defensive scheme over the last two seasons, suffered a severe spinal injury which has since left him paralyzed from the waist down.

The 2018 season brought about massive challenges for Illinois’ defense. But now, as training camp approaches, signs point to an improved defensive roster in 2019.

Since there are still holes in key defensive spots, Lovie will assume the role of defensive coordinator, while naming his son, Miles Smith, as the linebackers’ coach. Mike Bellamy, who was previously with the Illini from 2012-2015 as the Wide Receivers coach, returns as the new Running Backs coach. Additionally, the Illini bring on Keynodo Hudson as the cornerbacks’ coach. Hudson was previously the defensive administrative assistant at Southern California for five seasons and became the cornerbacks’ coach for Florida Atlantic during the 2017 and 2018 season.

“We can be the best team in the nation,” Hobbs said. “That’s what we strive for. I truly think the sky’s the limit for us.”

Hobbs, who represented the Illini along with Lovie at the Big Ten Media Days, was suspended after violating team rules before the start of the 2018 season. But with last years’ experience on the sidelines, Hobbs said he’s poised to reemerge as a leader for the Illini defense.

“Young people make mistakes, and when they do, you don’t want it to be a death sentence for them,” Smith said of Hobbs’ suspension. “We’ll always give guys a way to come back and get out of a bad situation, and Nate chose to do that. He acknowledged the mistakes that he’s made, said to us it wouldn’t happen again, and got right back to work.”

In addition to Hobbs return from suspension, sophomore Milo Eifler looks to provide an additional boost with his quickness as a linebacker. After notching another year of experience, and the addition of newcomers such as Marquez Beason, Eifler has the potential to solidify defensive play across the board.

“There’s no slogan or motto that’s going to change the perception of Illini football,” Smith said. “We’ve gotten bigger, stronger, faster. Now we have to put a better product on the field.”