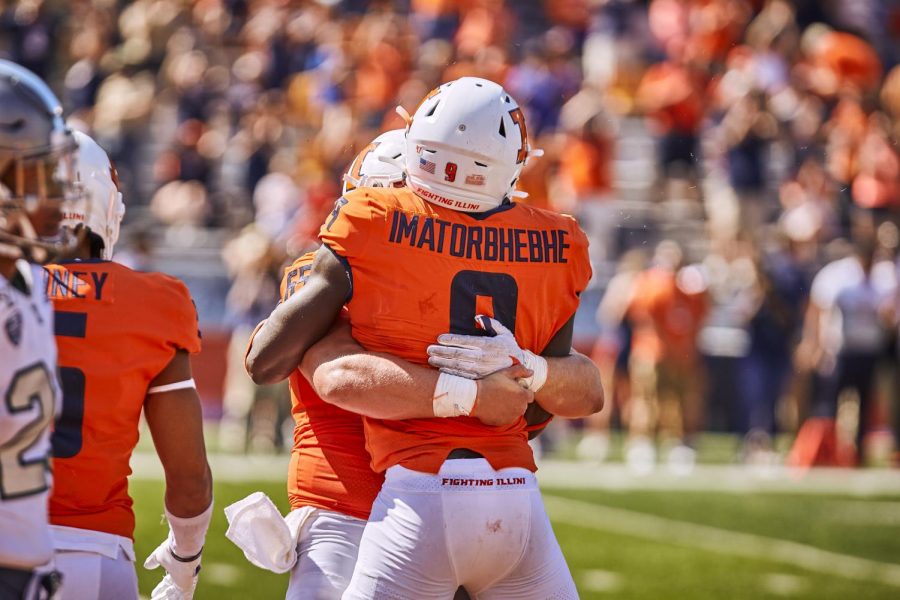 Imatorbhebhe was named Co-Offensive Player of the Week alongside Minnesota quarterback Tanner Morgan, making him the first Illinois player to win the award in over a year. Imatorbhebhe ran in 46-yard and 83-yard touchdowns against the Spartans and recorded four receptions for a career-high 178 yards Saturday, posting the most receiving yards by an opponent on Michigan State’s home turf in approximately 20 years. The University of Southern California transfer also registered the most receiving yards by an Illinois player against Michigan State ever.

Imatorbhebhe’s nine touchdown receptions are also tied for the third-most in program history, according to fightingillini.com.

Brown shares Co-Defensive Player of the Week with Minnesota’s Antoine Winfield Jr. The announcement follows Browns’ 13 tackles, eight solo stops and two interceptions, including a 76-yard interception return at Michigan State. The Ontario native’s 76-yard return makes history as the second-longest by an opponent ever at Spartan Stadium.