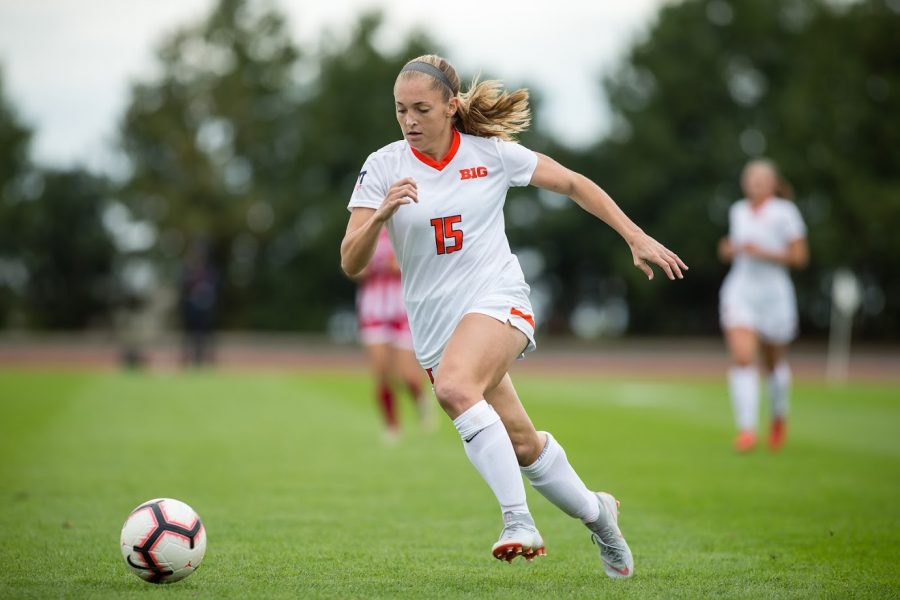 Illinois forward Kelly Maday (15) dribbles the ball during the game against Indiana at the Illinois Soccer Stadium on Sunday, Oct. 14, 2018. The Illini won 1-0 in double overtime.

Maday’s first-ever All-Region nod marks her second accolade of the 2019 season after she received All-Big Ten honors for the first time in her career as an Illini.

Maday helped lead the Illini to a 9-8-1 overall record in 2019. She notably scored 18 points on six assists and a netted a team-high six goals, maintaining a .519 shots-on-goal percentage on the season. Maday tied with sophomore Makena Silber and junior Hope Breslin for the most goals scored this fall.