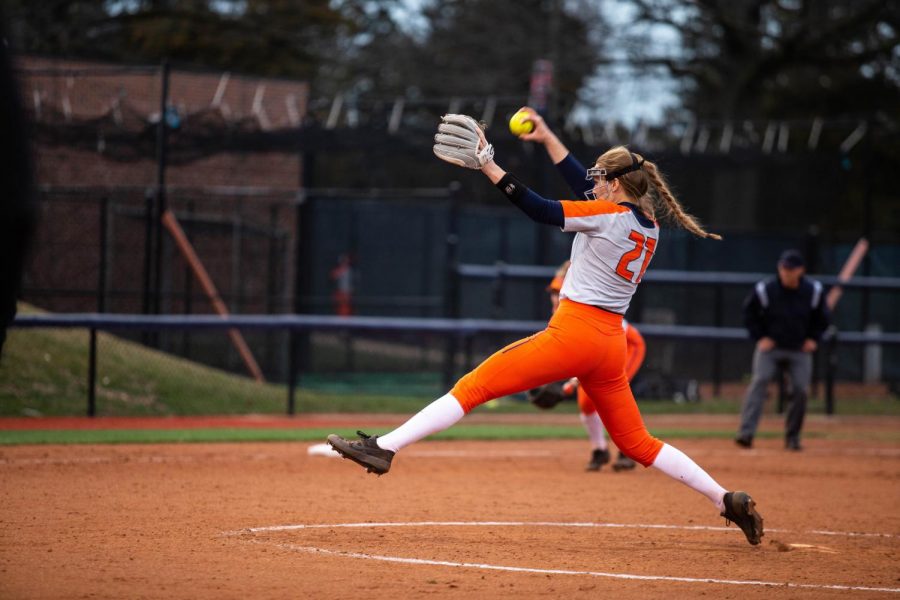 After a notable opening week back in the circle, Illinois softball sophomore pitcher Sydney Sickels picked up the season’s first Big Ten Pitcher of the Week title. The conference announced its recognition on Monday, February 10.

Sickels led Illinois to its first victories at the NFCA Leadoff Classic Presented by Rawlings, where she was named to the All-Tournament Team. At the tournament, Sickels posted a 0.00 ERA and picked up 14 strikeouts in 15.2 innings. Over the weekend, Sickels allowed only four hits during just as many appearances against Liberty, No. 21 Ole Miss, South Alabama and No. 23 Auburn.

Next up, Sickels and the 4-0 Illini will travel to Raleigh, N.C., where they will face the Notre Dame Fighting Irish and the North Carolina State Wolfpack, February 14-16.