No. 22 Illinois travels to New Jersey to face Rutgers 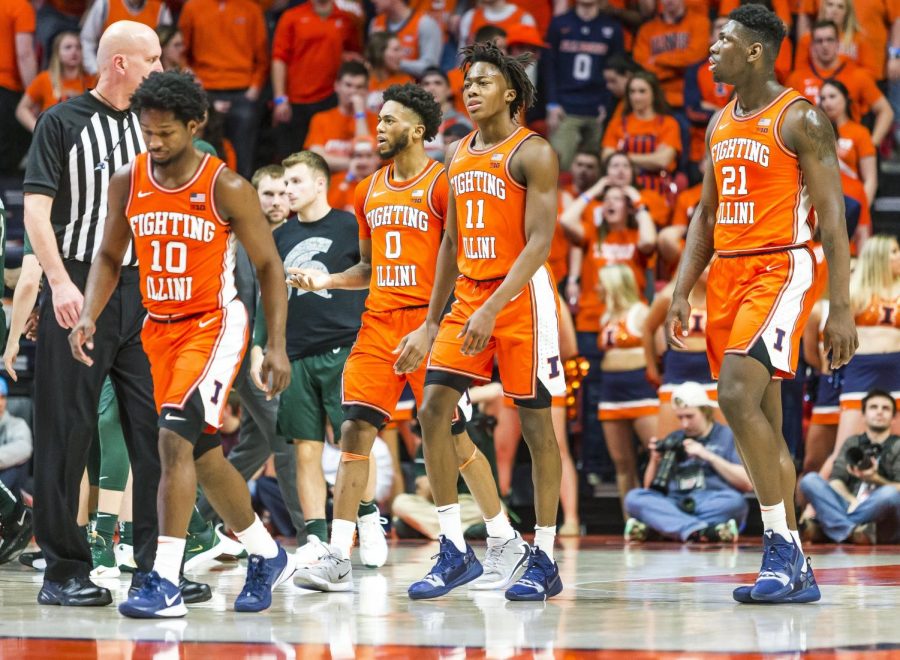 No. 22-ranked Illinois basketball will play in one of the toughest Big Ten atmospheres on Saturday afternoon. Illinois travels to New Jersey for a matchup with Rutgers who is undefeated (16-0) at home.

The Illini (16-8, 8-5) and the Scarlet Knights (17-8, 8-6) are both coming off conference losses. Illinois fell to Michigan State 70-69 last Tuesday extending its now three-game losing streak while Rutgers lost to Ohio State 72-66 last Wednesday in Columbus.

The biggest question following Illinois’ Tuesday night loss is the health status of sophomore Ayo Dosunmu. The guard, who was named to the Naismith Trophy Midseason Team on Thursday, slipped at the end of the Michigan State game and appeared injured on the floor. On Wednesday, Illinois basketball announced Dosunmu’s MRI showed no structural damage, but the official status of his injury is still unknown.

In the case of Dosunmu’s absence, the Illini will need to pick up nearly 16 points of production. The Illini would look for increased scoring from senior Andrès Feliz and sophomores Alan Griffin and Tevian Jones if Dosunmu is out.

Feliz is averaging 15.2 points and six rebounds over the last five games. Jones has seen his court time increase as he played seven minutes against Michigan State after playing just two against Maryland last Friday. Griffin has scored nine points in the last two games, averaging 49.2 percent shooting from the field.

Illinois and Rutgers met earlier this season in Champaign which ended in a 54-51 win for the Illini. Dosunmu led all scorers with 18 points. Freshman Kofi Cockburn recorded his seventh double-double with 11 points and 17 rebounds.

Illinois and Rutgers are scheduled to tip off at 3:30 p.m. CT at the Rutgers Athletic Center.