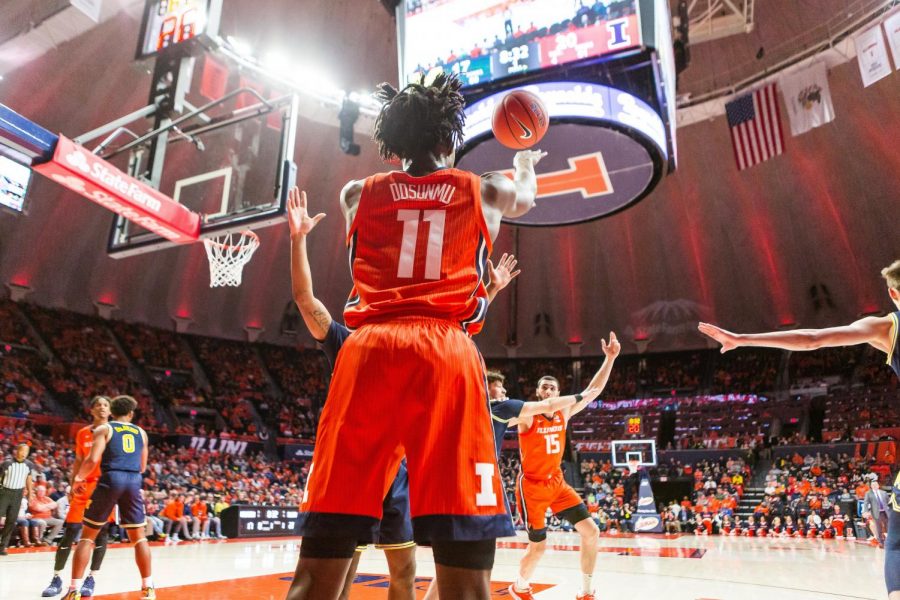 Illinois sophomore guard Ayo Dosunmu was named Big Ten Player of the Week, Illinois Athletics and the Big Ten announced Monday. The award follows Illinois’ only game last week in which they defeated then-ranked No. 9 Penn State on the road.

Dosunmu was the best player on the court against the Nittany Lions, as he scored 24 points on 9-for-15 shooting, including the game-icing bucket with less than 30 seconds left on the clock. This performance came after Dosunmu missed one game with a knee injury suffered in the final seconds against Michigan State at home on Feb. 11. The victory against the Nittany Lions snapped the Illini’s four-game losing streak.

This is the first time Dosunmu has won Player of the Week in his career. The award joins two Big Ten Freshman of the Week awards he won last season. Dosunmu is the second Illinois player to win the award this season, joining freshman center Kofi Cockburn.

Dosunmu has another chance to win the award this week as the team faces three teams in the bottom five of the conference, with Nebraska on Monday, Northwestern on Thursday and Indiana on Sunday.