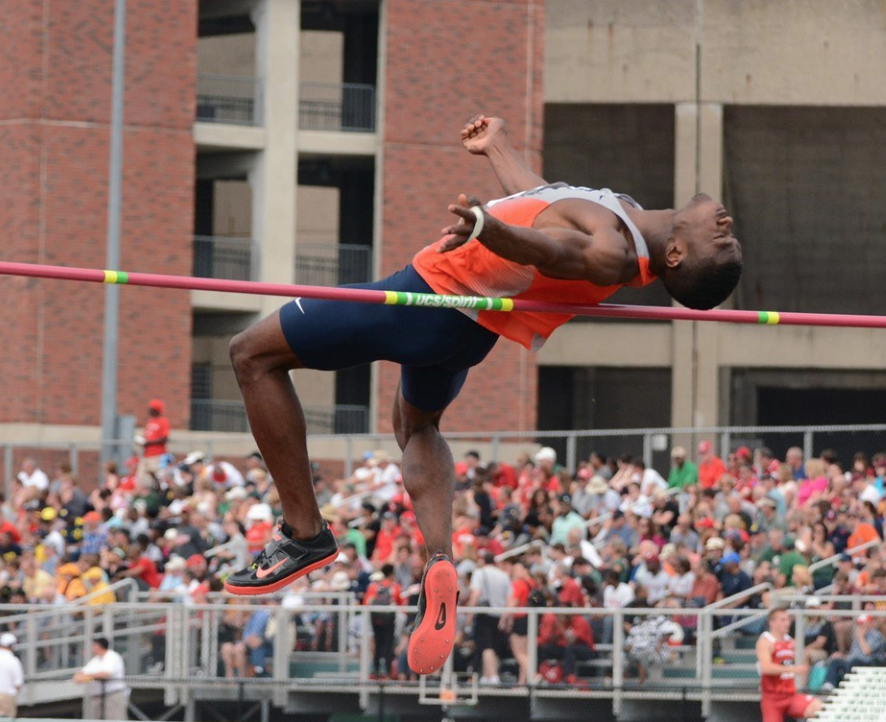 Senior Jonathan Wells clears the high jump bar during the Big Ten Championships in May 2015. Following six All-American recognitions, Wells reflects on the challenges amid his success.

Redshirt senior Jonathan Wells isn’t a stranger to athletic success during his time at Illinois. As a six-time All-American, he continues to reach milestones and break records even during his final season at Illinois. Since coming from Grant Community High school with nearly 2,000 students, Wells has found athletic and academic success in the Big Ten.

Wells grew up in Fox Lake, Illinois, with his three older brothers who were brought close through their similar passion in athletics.

“My brother was on track and field, so we had that time to compete on track together at a younger age,” Wells said. “His hard work and his dedication to the sport and the event is an inspiration by itself, but I did a lot of sports and do find inspiration from all my brothers including him, the oldest and my younger ones as well.”

In high school, Wells became a state and regional champion, broke school records and was all-conference in football.

Wells faced turmoil in the middle of his success when he needed surgery after he tore his labrum. The injury made him question his own future after he was sidelined from sports for nearly eight months.

“My mom, the coaching staff, my dad and brothers all had conversations about it; talking about the risk of playing in a sport like football and then seeing what I wanted to get out of my collegiate career,” Wells said. “In terms of athletics and academics and seeing what I wanted to post-collegiate too: Do I see myself playing years in the NFL or continuing to pursue track and field?”

Wells ultimately chose to compete in track and field instead of football, where he immediately competed for NCAA Championships in his first track season for his high jump performances.

Even while managing to find success on the track, Wells was also able to successfully transfer into Business and has been praised as a part of the Academic All-Big Ten.

“I’m a big business guy. (I) used to get money from small businesses in my driveway,” Wells said. “I’ve got my bachelor’s (degree) in business management concentration entrepreneurship. With that, I would love to find myself as an entrepreneur, business owner within the future.”

Well’s run of success in college also faced some challenges during his junior season when he had a lower back injury with aggressive back spasms.

Through the recovery phase of short practices and continuous workouts, it gave him a lot of time to work with a lot of athletes and coaches to help with the pain, according to Wells.

“Winning Big Ten titles and national titles are what I want to do, and I’m going to continue working to the brink for us to get there,” Wells said. “I believe we’re able to do that, and I think we’re at a great opportunity. Even with dealing with injuries, I’m excited to trust my coaching staff and my training staff and do something exciting for this program.”

As Wells finishes his last few races during his red-shirted senior season, he sees the sport as a chance to share inspiration among others.

“Sports are inspirational to the world because we have a lot of people watching our sport,” Wells said. “Being able to work with my younger teammates, impacting them and being able to just be an inspiration to my family, friends. Being able to just grow is really important to me as well as my faith … I would consider all of that to drive me to keep going in track. God, inspiration, impact and growth.”