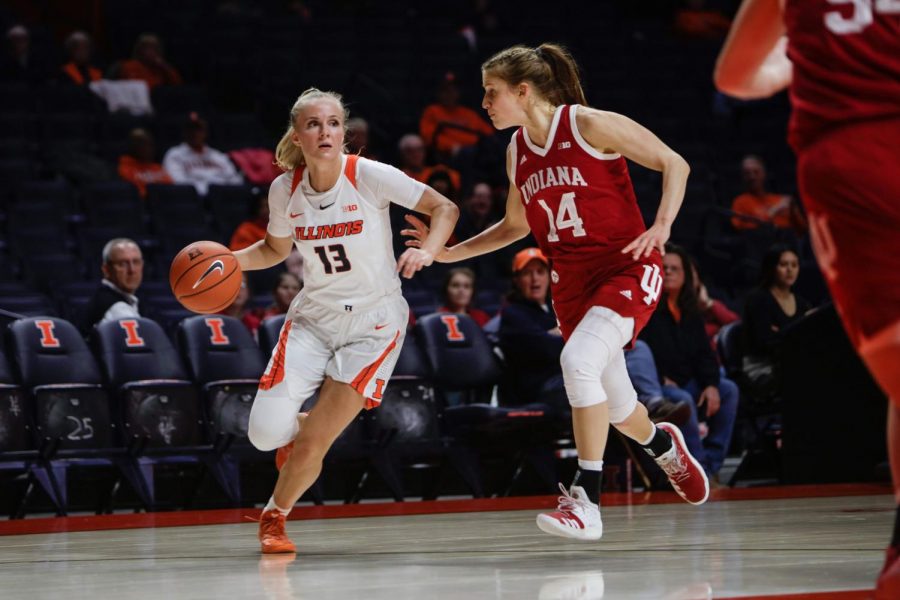 Petra Holešínská drives from the three-point line against Indiana on Feb. 13. The Illini fell to the Hoosiers 59-54

Petra Holešínská has announced she is transferring from the Illinois women’s basketball program. The redshirt junior guard announced her decision on Wednesday via her personal Instagram and Twitter account. In her tweet, Holešínská thanked the University for her four years.

“(The University) turned into my home, and strangers turned into friends and family,” Holešínská said. “It shaped me into a person that I can be extremely proud of and helped me create friendships and connections that will last a lifetime.”

Holešínská would go on to thank her teammates, coaches and the Illini fanbase for their support. Holešínská has yet to announce where she is transferring, and with the NCAA suspending recruiting until at least April 15, we will likely have to wait to hear her decision.

What we do know is the Illini will feel Holešínská’s absence. After being sidelined due to an ACL injury in the 2018-2019 season, Holešínská had a career year as the Illini’s top scorer, averaging 12.6 points per game.

Holešínská was also the driving force behind some of Illinois’ biggest wins on the season. In a year where the Illini struggled in conference play, Holešínská dominated in the Illini’s two Big Ten wins.

Against Minnesota and Penn State, Holešínská averaged 28 points, four rebounds and two assists per game on 58% shooting from the field.

In addition to the loss of Holešínská, Illinois will be losing three of its top four scorers and their top four shooters. Head coach Nancey Fahey will spend her offseason retooling the roster before the start of the 2020-2021 season.