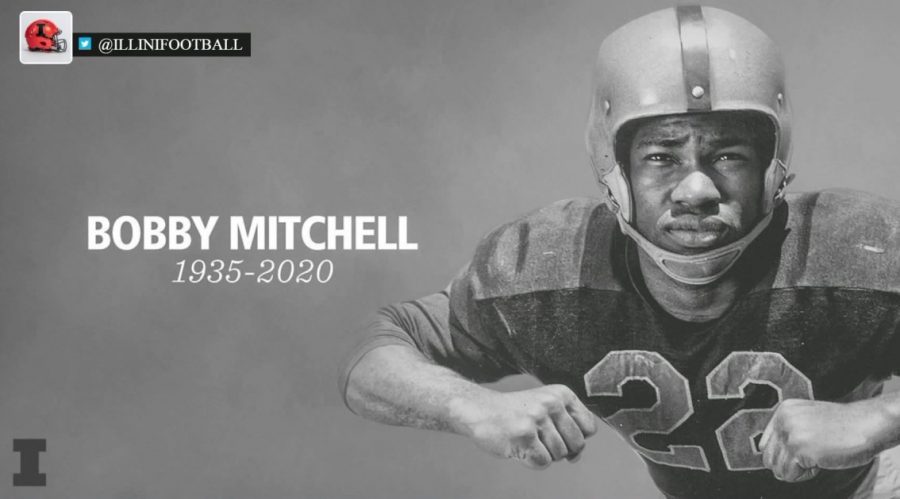 Former Illinois running back Bobby Mitchell has passed away at the age of 84. His cause of death was not disclosed.

Mitchell, who was also on the track team, battled injuries as a player, totaling only 712 total yards of offense in his collegiate career, but what Mitchell did after college was truly spectacular.

Despite not getting drafted until the seventh round of the 1958 NFL draft, Mitchell went on to have an outstanding career. In his 11 seasons with the Browns and the Redskins, Mitchell was turned into a wide receiver and played in four Pro Bowls while leading the NFL in receiving yards twice. Mitchell, along with two teammates, was the first African-American player to ever play for the Washington Redskins, as they were the last team to desegregate.

After retiring from playing, Mitchell worked in the Redskins front office, winning three Super Bowls during his 33-year-old tenure. Mitchell was also known for being a civil rights activist, assisting several organizations. Mitchell was voted into the Pro Football Hall of Fame in 1983.

Mitchell and his wife, Gwen, who survives him, had a son, Robert Jr., and a daughter, Terri.