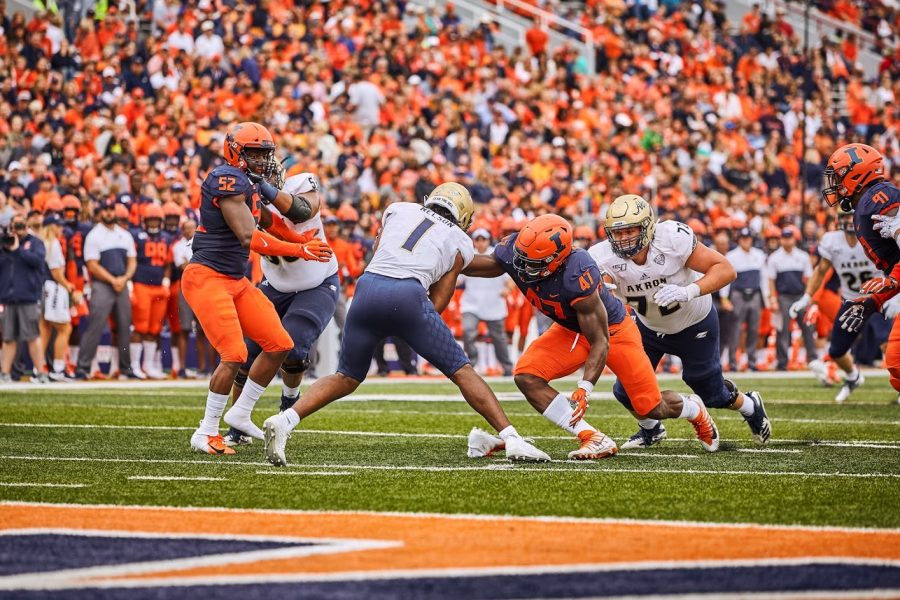 The New York Giants have signed former Illini defensive lineman Oluwole Betiku Jr. as an undrafted free agent. The announcement was made on Tuesday.

Betiku joined Illinois in 2019 after spending three seasons at the University of Southern California. He made nine starts for the Illini in the fall, racking up 36 tackles, 13 going for a loss of yards, seven quarterback hurries, two fumble recoveries and was named to the All-Big Ten third team by the media. The Lagos, Nigeria, native ended the year with nine sacks, tied for the seventh-most in Illinois single-season history, and finished second in the Big Ten and 11th in the nation with 0.90 sacks per game.

His career-high 3.5 sacks against University of Connecticut on Sept. 7 is the fifth-most in a single game in Illinois history.