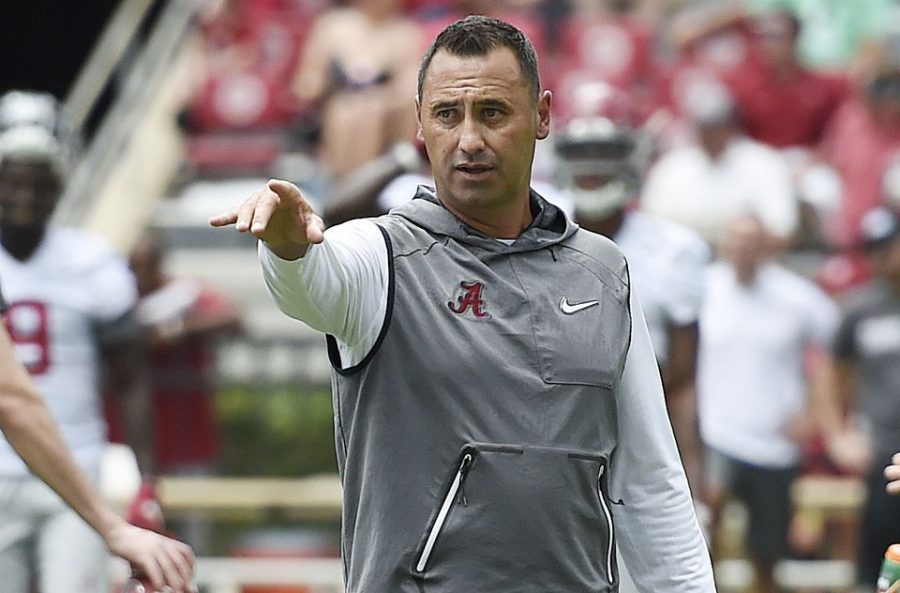 After losing to Northwestern for the sixth straight season, Josh Whitman has decided to part ways with his first hire, Lovie Smith. The former Chicago Bears coach never got it rolling in Champaign, going 17-39 in five seasons.

Smith’s tenure had good moments, though. Beating No. 6 Wisconsin, stunning Michigan State and running over Nebraska in Lincoln gave Illini fans hope. However, lack of consistency and getting blown out regularly — Northwestern ran for over 400 yards Saturday — ended Smith’s chances of creating a winning program.

Illinois isn’t a blue-blood program and doesn’t have a recruiting pipeline. While Smith definitely provided name recognition, Illinois needs to hire either a proven program-builder or a young, innovative mind that can establish new recruiting pipelines.

While Illinois is one of the best at forcing turnovers, Lovie Smith’s defense consistently got gashed, ranking in the bottom half of the Big Ten in yards and points allowed each season. Last game, the Wildcats, one of the worst offenses in the conference, ran for over 400 yards against the defense.

Hiring Leonhard, who has a track record of coaching the top defense in the conference for the past four seasons, would provide Illinois the chance to build a stout defense that can contain other Big Ten offenses.

One problem: he’s a Wisconsin alum and a very well-paid coordinator. Would he want to leave the gold standard of the West Division for Illinois? Why wouldn’t he just wait to inherit the program from Chryst?

Well, Chryst is going anywhere for a while, and the Illini have revamped facilities that can compete with anyone in the Big Ten. The question with Leonhard is whether he would bring down a pro-style offense or a spread offense with innovative minds.

Also known as “Sark,” Sarkisian is the offensive coordinator at Alabama and was the head coach at Washington and USC. Despite problems with alcohol while at USC, Sark is known as an offensive genius and is proving that right now with Alabama. The Crimson Tide are averaging 49.5 points per game, third in college football and the most in the Power Five.

Sark went 34-29 in five seasons at Washington and 12-6 in a season and a half at USC. Though Sark was fired from USC due to his alcohol abuse, he seems to have turned his life around and is finding success again in college football. Sark is arguably the best potential head coach on the market right now if he’s ready to have his own team again. He may be seeking a job with a bigger program, but if the Illini are able to land him, they’d be getting an offensive mastermind.

After a rough start at Buffalo, Leipold has also found success at the Division I level. The Bulls are 36-32 under Leipold over the last six seasons, have made two bowl games and won the Mid-American Conference twice. He is a Midwestern guy, knows the area and is a winner, three things Illinois is looking for in a head coach.

Kendal Briles, Arkansas offensive coordinator
Briles would be the exact opposite of Smith. He’s young at the age of 38. He’s been involved in college coaching since working for his father Art Briles at Baylor in 2008. And he’s an innovative offensive mind.

Briles’ father, Art, was a pioneer of the spread offense, creating one of the most prolific offenses in college football from 2010-2015. Kendal has coached quarterbacks like Robert Griffin III, Bryce Petty, current Miami quarterback D’Eriq King and current Arkansas quarterback Felipe Franks to great success.

While Illinois has improved on offense since Rod Smith’s arrival, they’re nowhere near a weekly threat for defenses, as the passing game has been lagging behind. Under Briles, Illinois would fully embrace the up-tempo spread offense and hope to create a more balanced attack.

Briles is young, and he’s never been a head coach. However, his father — despite whatever people think about his morals — was one of the most successful coaches in the 2010s, and Kendal had a front row seat throughout it. And now, Kendal has proven he can craft up his own lethal offense, too.

Briles would need to hire an experienced defensive coordinator and get to know the Midwest region better. However, Briles would be able to expand Illinois’ recruiting horizons, as he’s a well-known commodity in Texas — his father was a high school coach, too — and has established ties in Florida.

No, not Jeff Monken. The triple-option will most likely not be the offense of the future for Illinois. Todd, Jeff’s cousin, is the offensive coordinator at Georgia and was the head coach at Southern Miss before floating around the NFL.

When Monken got to Southern Miss, the team had gone 0-12 the year before. After three seasons, the Golden Eagles went 9-5, won the Conference USA and made a bowl game. His offensive success is translating, as Georgia is averaging 33.2 points a game this season.

Monken is also a product of the state of Illinois. Born in Wheaton, Monken attended Wheaton North High School where he played quarterback. He would attack the Chicago area for recruiting, runs a good offense and has found success as a coach. This pick isn’t popular for the job yet, but Monken could be a great fit for the Illini.

The Illinois native and current New York Giants assistant knows the conference well, having played at Iowa and having coached the Wisconsin Badgers for seven seasons.

Bielema has a mixed track record as a head coach. After inheriting the program from Barry Alveraz, Bielema took Wisconsin to another level, capping off his tenure with three straight conference titles and Rose Bowl appearances.

However, after going back and forth with athletic director Barry Alveraz, Bielema accepted a job with Arkansas, which he was fired from after going 29-34 in five seasons.

Still, his Big Ten resume is impressive, and the way he ran Wisconsin should be a blueprint for any wanna-be contender. Wisconsin consistently had one of the top rushing attacks in the nation, anchored by its offensive line, and one of the top defenses in the nation. Bielema, unlike Smith, is a proven winner in the Big Ten and has shown he knows how to recruit high school talent.

Under Bielema, Illinois would fully embrace the pro-style offense and recruit big time in the trenches. It’s difficult to imagine Isaiah Williams fitting with the offense.

Still, if Illinois wants to know what they’re getting, Bielema is the safest hire, as he will embrace a run game and try to rebuild a defense that regularly gets gashed.

Fickell is the head coach at Cincinnati and was the co-defensive coordinator at Ohio State. After a mediocre first season, Cincinnati has gone 11-2 and 11-3 with two bowl wins in 2018 and 2019 with an 8-0 start so far in 2020. Fickell would be a great hire for the Illini if hired, but he turned down the Michigan State job last year and is most likely headed towards a bigger program.