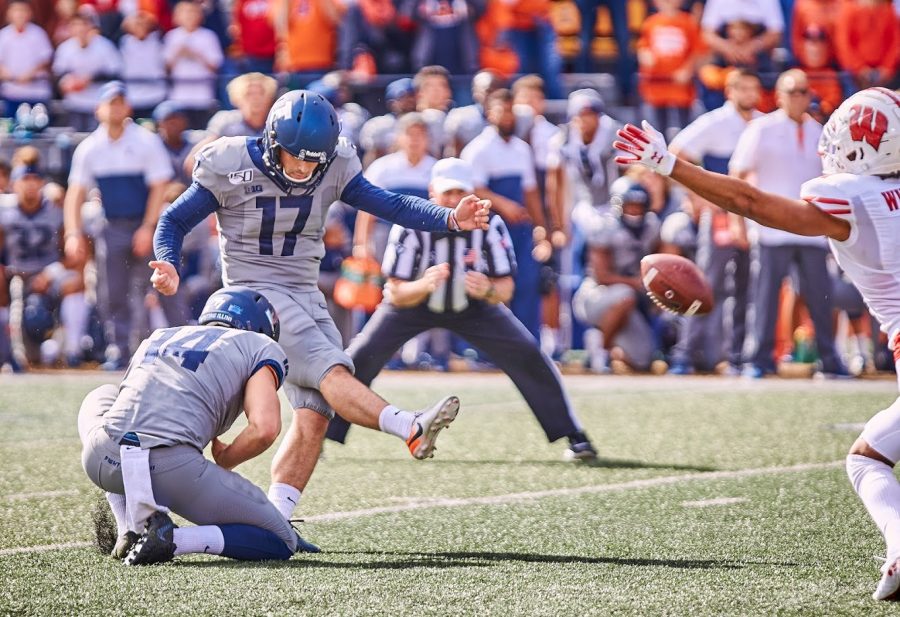 Illinois senior kicker James McCourt kicks the game winning field goal during the game against Wisconsin on Oct. 19 at Memorial Stadium. McCourt will return to the Illini in 2021.

Senior kicker James McCourt announced Saturday that he will be returning to the Illini for his sixth season in Champaign, taking advantage of the extra year of eligibility granted to fall sport athletes.

After taking over the reigns as the team’s starting kicker in 2019, McCourt has gone 19-for-29 on field goal attempts and 57-for-58 on extra point attempts over the last two seasons, including going 4-for-7 from 50 yards or longer. The Florida native has also converted two game-winning field goals, against No. 6 Wisconsin in the team’s historic Homecoming upset win in 2019 and at Rutgers to give the Illini their first win of the season in 2020.

After missing two games in 2020 due to contact tracing, McCourt finished the season going 6-for-10 on field goal attempts while going 100% on extra point attempts. McCourt was also an All-Big Ten honorable mention for the first time in his career.

Illinois is scheduled to open their 2021 campaign against Nebraska in Dublin, Ireland, where McCourt grew up and several of his family members still live there.