Ramses Melendez commits to Illinois, and other recruiting notes 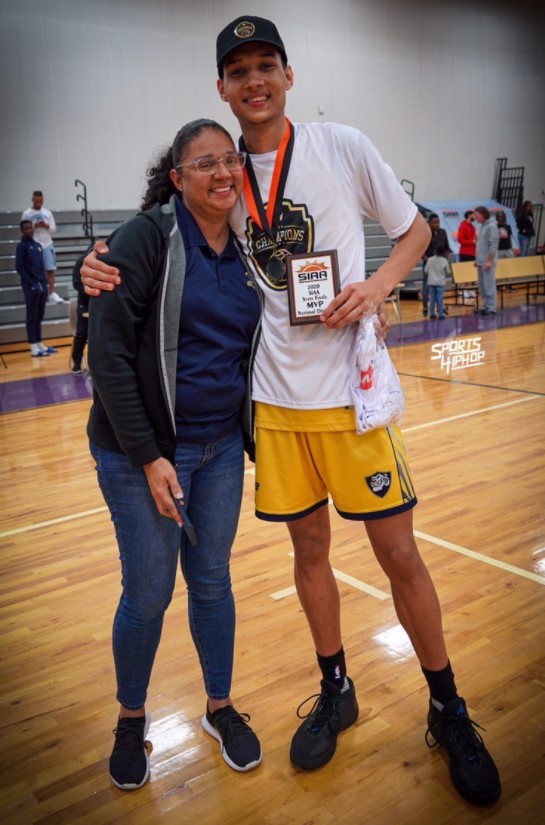 Ramses Melendez poses with an MVP award on March 1. Melendez is the most recent recruit to the 2021 Illinois basketball class.

After months of quiet on the recruiting trail, Brad Underwood finally landed his second commit of the 2021 class, as four-star wing Ramses Melendez committed to the Illini on Monday night.

“Thanks to all my coaches who have recruitment throughout this process and have given me knowledge of the game,” Melendez said in a video on his Instagram. “It wasn’t easy to make this decision with all that is happening with COVID, but I am excited for my future at the University of Illinois.”

Melendez attends Central Poine Christian and hails from Kissimmee, Florida. Melendez’s stock has rised notably as of late, going from the No. 144-ranked player in December to No. 97 in the most recent update on 247Sports.

With Trent Frazier and Da’Monte Williams graduating, Illinois has at least two scholarship spots to fill, and fellow 2021 commit Luke Goode will fill the other spot. Frazier and Williams can still return under NCAA rules permitting an extra year of eligibility, and they will not count against the scholarship limit. It’s also widely expected that Ayo Dosunmu will forgo his senior season, opening up another scholarship. Kofi Cockburn could also turn pro, and with transfers gaining immediate eligibility next season, it wouldn’t be shocking to see another player elect to transfer.

In the likely case Dosunmu does leave, Underwood is already searching for his replacement. Illinois is the only school to hold a Zoom call with Texas Tech transfer Nimari Burnett. The 2020 four-star has some Illinois connections. He played his junior and senior seasons of high school at Prolific Prep with current Illini Coleman Hawkins. He played at Morgan Park in Chicago his freshman year with Ayo Dosunmu and has played AAU with Adam Miller.

If Cockburn leaves, there should be a handful of available big men in the transfer portal, but the addition of Melendez adds wing depth the Illini had been yearning for all cycle and fills the last guaranteed available spot. The 2021 cycle is likely done for Illinois, but this offseason should be hectic for Underwood and his staff.