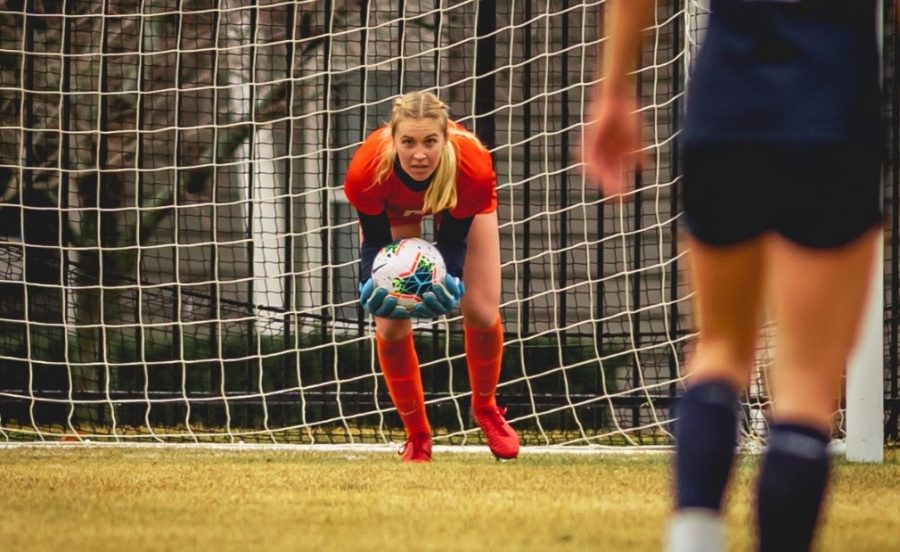 Illini women’s soccer goalie Sami Sample saves a ball from going into the net during the game against Penn State on Feb. 28. Samples just received the Big Ten goalkeeper of the week award.

On Tuesday afternoon, the Big Ten named Illinois soccer goalkeeper Sami Sample as their goalkeeper of the week.

The honor comes two days after she was named College Soccer News Women’s National Player of the Week.

In the previous game against Indiana on Mar. 13, Illinois won 1-0 after a goal from Eileen Murphy. Sample had a total of eight saves that game with seven in the second half. The shutout marked her second one in a row adding to her season total of four.

Illinois’ next game will be on Thursday at home against Nebraska at 2:30 p.m. central time.