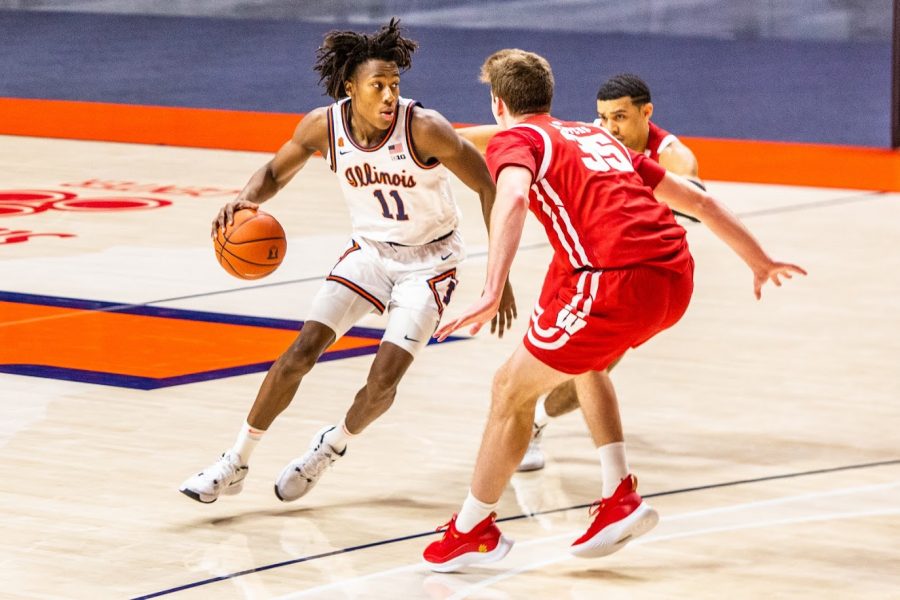 After racking up several accolades and All-American honors over recent weeks, junior Ayo Dosunmu added another award to his already impressive resume: the Bob Cousy Award, given to the nation’s top collegiate point guard.

Dosunmu averaged 20.1 points, 6.3 rebounds and 5.3 assists in his junior season, becoming the only player in the last 11 seasons to achieve such a feat. The Chicago native was also known for his clutch shots, sealing multiple close wins for the Illini.

The junior point guard was also a consensus First-Team All-American, as he was named to the respective All-America First-Teams by the Associated Press, USA Today, Sports Illustrated, National Association of Basketball Coaches, U.S. Basketball Writers Association and Sporting News. He also was named USA Today’s National Player of the Year.

Dee Brown was the last Illini to win the Cousy Award, as he earned the title in 2006.

Dosunmu will almost certainly leave Champaign and declare for the National Basketball Association draft, and his jersey will deservedly hang in the State Farm Center rafters for years to come.