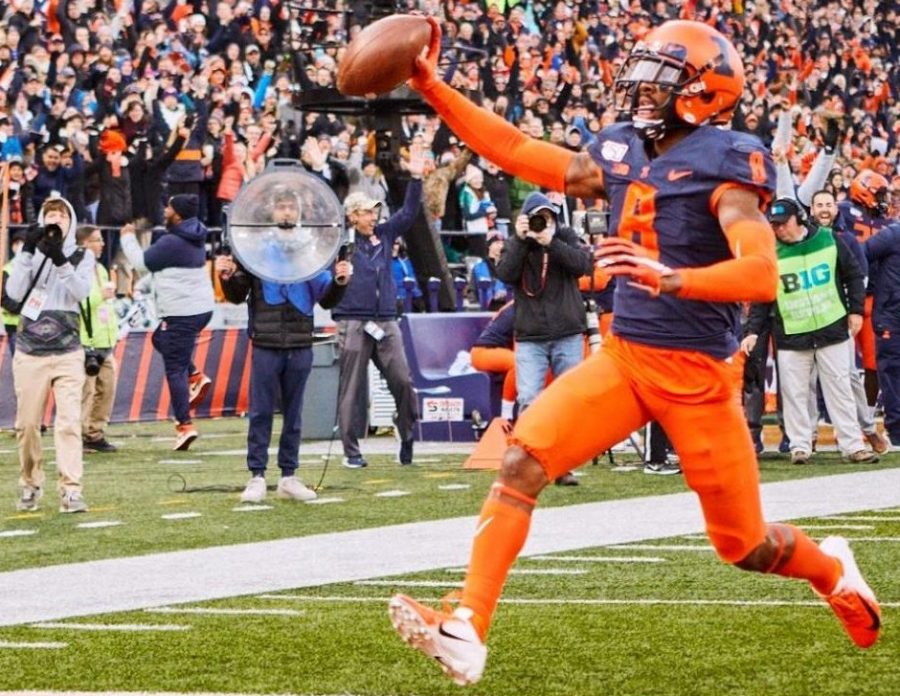 Nate Hobbs goes into the end zone after making a pick-six against Rutgers Nov. 2, 2019, at Memorial Stadium.

Former Illinois cornerback Nate Hobbs was selected in the fifth round of the 2021 NFL Draft by the Las Vegas Raiders. Hobbs is the second Illini selected in this year’s draft after the team didn’t have any players selected last season.

Hobbs came to Illinois as a three-star cornerback recruit, and he quickly proved himself to Lovie Smith and took on a prominent role on defense, playing in all 12 games and making 10 starts as a freshman. Despite being a freshman, Hobbs led the team in defensive snaps, finished with the seventh-most tackles and forced a fumble.

After making his first career interception in his sophomore season, the Louisville native put together a career-best junior season. Hobbs started all 13 games while notching 67 tackles, one interception and one fumble recovery, which he returned for a 36-yard touchdown against Rutgers Nov. 2, 2019.

Hobbs declined a bit in his senior season, recording 31 tackles and an interception, which led to a James McCourt game-winning field goal against Rutgers Nov. 14 for the team’s first win of the season.

Hobbs is the first cornerback selected in the NFL Draft since Clayton Fejedelem was taken by the Cincinnati Bengals in the seventh round of the 2016 draft.