Illinois Football is young, and I am old 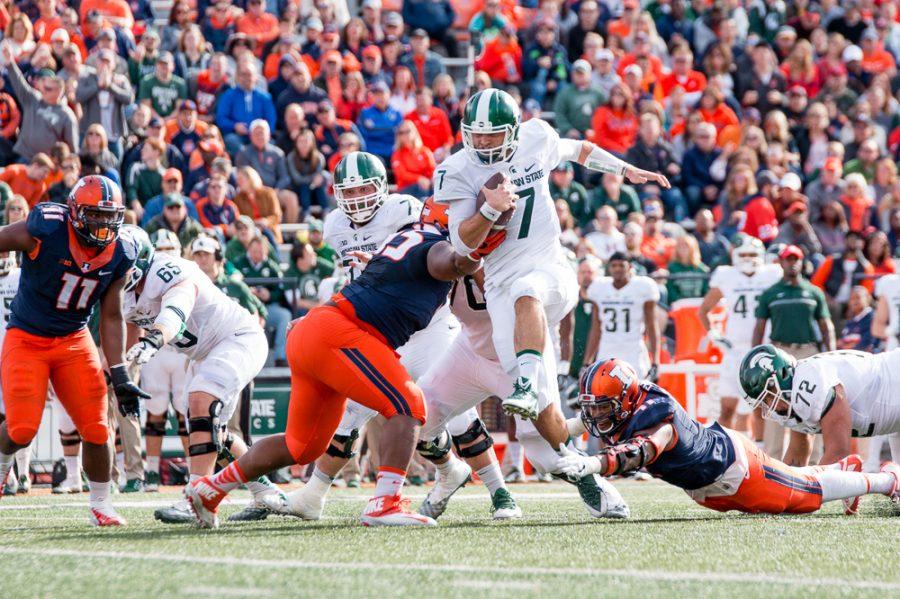 As a senior at the University, the Illini football team makes me feel old.

And I’m sure it makes Lovie Smith feel old, too. He probably doesn’t mind it as much as me though.

The Illini have 76 underclassman on their roster this season. That is out of 101 players. That’s 76 players on Lovie Smith’s team that weren’t even born yet when he started his NFL coaching career in 1996.

Last season, Smith was working with a group that was cast for him. He had a shortened offseason and was adjusting to coaching at the college level. The team was very senior-heavy. Last season was more of an adjustment year than it was a rebuilding year.

This season is the exact opposite. The freshman tremendously outnumber the seniors – 54 to nine to be exact. It’s officially the start of a new era. From here on, I see nothing but improvement. Smith brought in a ton of solid recruits in the offseason, widening the pipelines to Texas and Florida in the process. Sure, there are injuries. Having running back Reggie Corbin and defensive back Jaylen Dunlap miss the entirety of training camp obviously isn’t a good thing, but at least now there are freshman to take their place and improve for the future.

The freshman are the most exciting part of this season. They aren’t going to be riding the bench. Smith and his assistants have made it clear time and time again that these freshman are going to be playing on day one.

Mike Epstein and Ra’Von Bonner are there and ready to take over for Corbin. With Kendrick Foster at the top of the depth chart, both freshman will be getting great experience while also not being overexposed. They will be able to learn from a proven running back.

Offensive lineman Larry Boyd came to the University and before even lifting a weight he was already the biggest offensive lineman on the team. He is definitely going to get some snaps this season.

I could go on for 51 more paragraphs talking about each of these freshman.

Make no mistake, this freshman class isn’t going to turn the Illini into Ohio State overnight. They aren’t going to the college playoff. They probably won’t even make it to a bowl game. I personally have them going 2-10, but that is me being pessimistic. I am optimistic about the future.

Fifty-four freshman means 54 unproven players. They could be great. They could be bad. They could be OK. This is the class that is meant to be the beginning of the turnaround and I am sure they know that. They all know that they are a part of Lovie Smith’s first recruiting class, and they truly do hold that in high regard.

This is the rising action. The build-up for the climax. The Illini are in the exact situation I expected them to be in when I heard the news that Lovie Smith was hired back in March of 2016.

Maybe when these freshman get to be as old and wise as me, they will be ready to do some serious damage.