An apology to the Illini defense 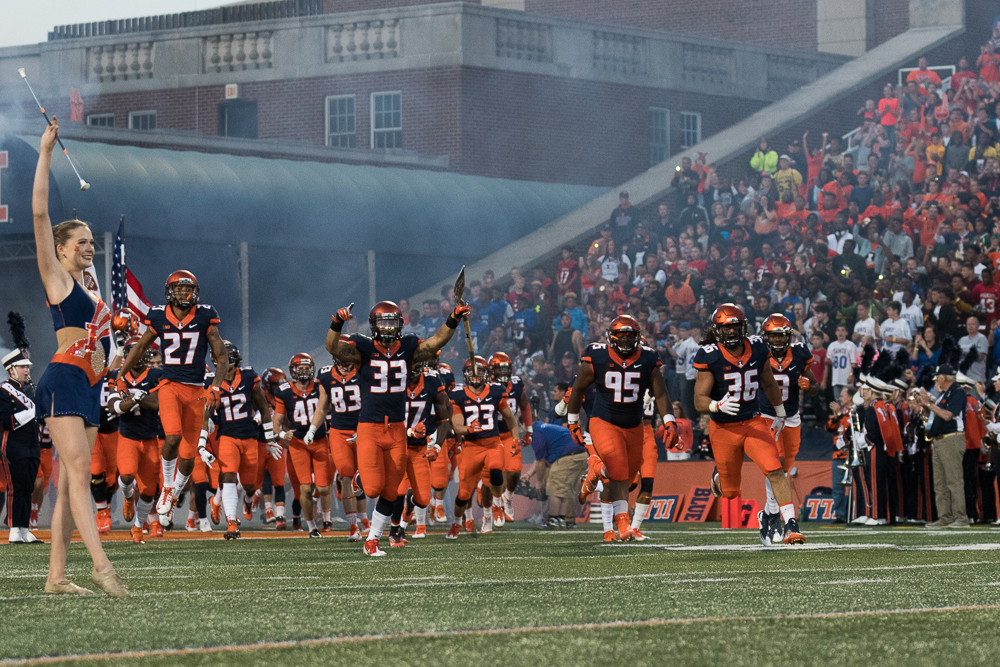 I have made a lot of predictions when it comes to how sporting events are going to play out over my years. While I am nowhere close to a flawless record, I can’t remember a time that I was this wrong, especially about your 20-7 win over Western Kentucky on Saturday.

I have just recently started publishing these predictions though, so I figured now would be a good time to get in the habit of owning up to it when I am egregiously wrong.

Last week, in a column titled “Predictions for the Week 2 matchup against Western Kentucky,” I stated that the Illinois defense was going to get “picked apart” by the Western Kentucky offense.

On one side of the ball, I saw a Hilltopper offense that had its leader in quarterback Mike White returning after an incredible junior season and several credible receiving threats surrounding him.

On the other side of the ball, I saw an Illinois defense composed of a bunch of freshmen who were appearing in their second collegiate game.

I thought White would come in here and teach these young Illini a lesson.

But it was the Illini who taught White–and me–the lesson.

The Illini defense proved on Saturday that when it is at its best it is not to be trifled with. The Hilltoppers struggled to piece together drives all night. They only converted on two third downs. The only reason they were able to score is because of an interception that put them deep into Illini territory from the get-go late in the fourth quarter.

With every play that went by my prediction got more and more wrong.  The youth that I thought would be detrimental to the team ended up being the most vital part to the defense. Saturday night featured a bunch of freshman coming into their own, and it was cool to watch.

Once again, I could not have been more wrong, and I am sorry.

Even when your captain linebacker Tre Watson got ejected for a targeting call late in the first half, you took “man up” to the next level, and it looked like Watson never left the field.

If anybody would’ve told me that you guys would nearly shut out this Western Kentucky offense, I would have thought you were crazy, but now, I look like the crazy one for doubting you.

That sort of domination is something I didn’t even expect from last season’s defense. It was just flat out fun to watch.

I will be much more reluctant to bet against you in the future.

I hope you can forgive me.