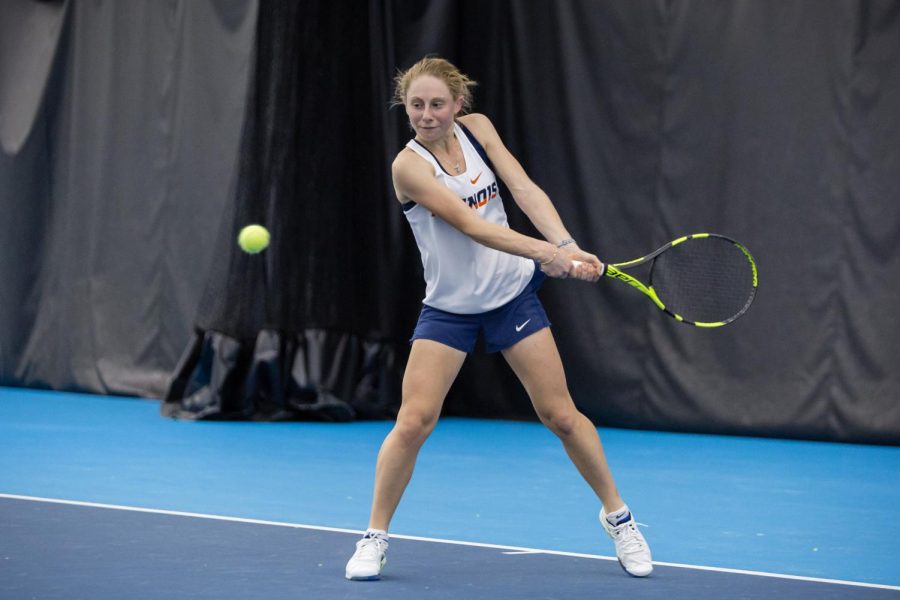 “This was a really eye-opening experience,” Switkes said. “This is one of the toughest tournaments of the fall season, and we’re playing the best of the best. It really gives us the opportunity to improve our skills before our season starts in the spring.”

Switkes lost in three sets against Katarina Stresnakova from Oklahoma State and Evgeniya Levashova from Pepperdine University. Rabinowitz competed against Aiwen Zhu from University of Nevada and Celia Ruiz from East Carolina University, losing to both as well.

“I’m not upset about how I played,” Rabinowitz said. “This is a really prestigious tournament and an amazing learning experience. Just being selected to play at this tournament is a huge honor. I gained new skills that I’m ready to put to use in our upcoming season.”

Given this was the first big tournament of the Illini’s pre-season, it’s important for the players and coaches to use this as a learning tool for their spring season. Rabinowitz said that they’re excited about the spring season and are looking forward to accomplishing more than they did last year.

Meanwhile, Switkes praised the coaching staff’s support through a tough stretch of matches.

“The coaching staff has been a great support system for the team as well,” Switkes said. “Coach German Delmagro and coach Evan Clark bring so much positive energy to the team, and we feed off of it all the time. We’re so excited to work alongside them this season.”

Even though this tournament was focused more on the individual scores than the team’s, Rabinowitz said her teammates are constantly supporting one another no matter what. She also said the Illini are looking forward to the rest of their fall schedule.

The Illini will be competing in the ITA Regional tournament beginning Thursday, Oct. 18.