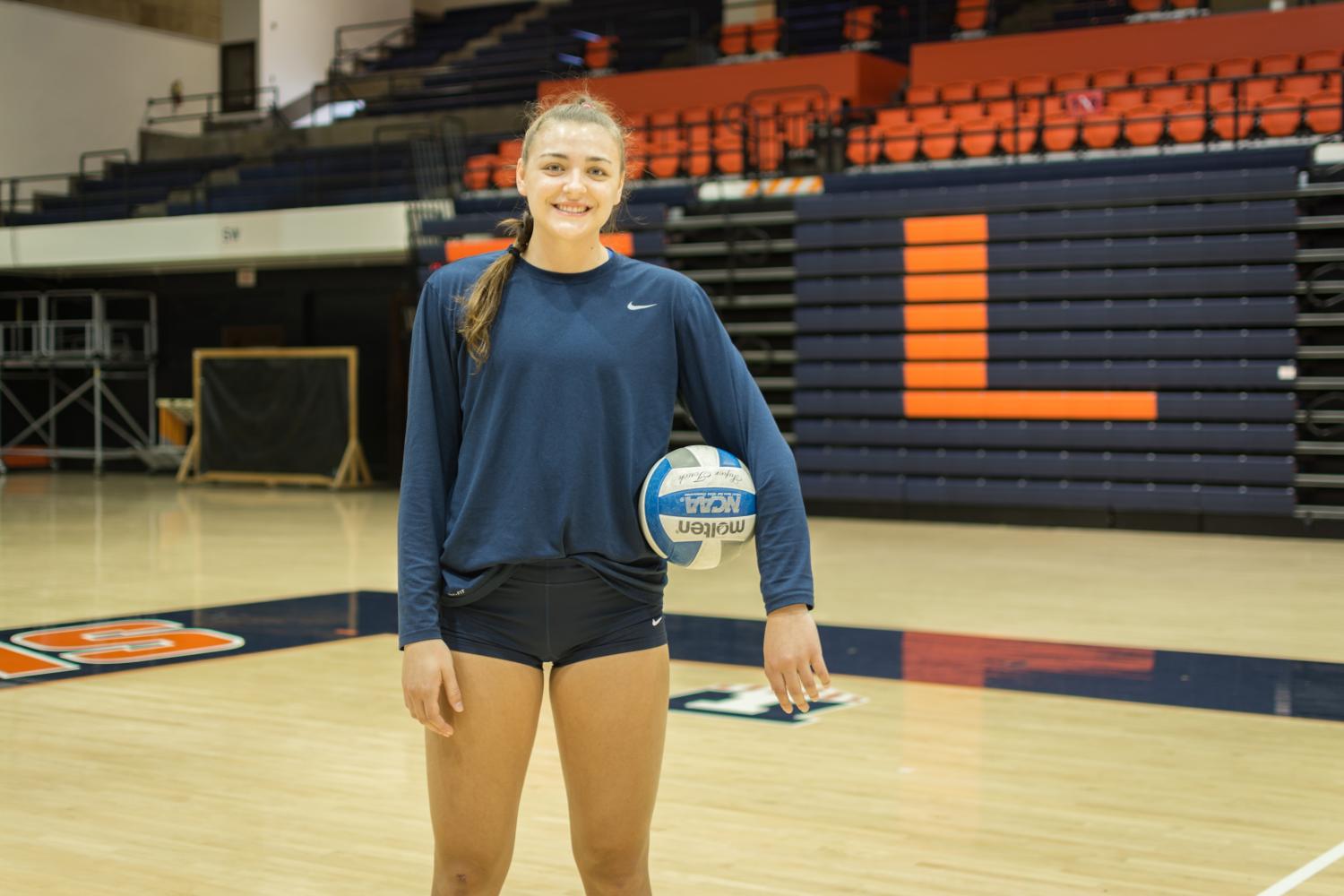 Illinois middle blocker Ali Bastianelli had the quite the weekend to kick off her junior season.

Over the weekend, Bastianelli picked up tournament MVP honors at the Bobcat Classic Championship as well as being selected Big Ten Defensive Player of the Week for the third time in her career. She racked up 27 kills on a .558 hitting percentage, 25 blocks and nine digs while leading the Illini to a 3-0 record to start the season.

Illinois volleyball has become a second family to her, but that doesn’t mean she has forgotten about her support system back home in Marysville, Michigan.

An arsenal of athletes at home has helped prop up Bastianelli’s success long before she was an Illini.

Bastianelli’s father, Gregory, played football at Northwood University from 1987 to 1988. Her younger brother is currently a wrestler at Brown University, and their cousin, Kimberly Theut, played ice hockey at Ohio State from 2008 to 2013.

But her love for the sport of volleyball was kindled by her mom and older sister.

“I guess the main reason I started playing volleyball was because my mom played in college,” Bastianelli said. “It was definitely a passion of hers. I grew up in the gym basically from birth.”

Bastianelli’s mother, Joan, played volleyball and basketball at Northwood University from 1985 to 1989, and decided to pursue a coaching career her first year out of college. She encouraged her two daughters to get involved in sports.

However, volleyball wasn’t Bastianelli’s only interest as a child.

“At first I really liked basketball. I didn’t start to like volleyball competitively until I was in middle school,” Bastianelli said. “There was a while when I wanted to play basketball for the rest of my life.”

Watching her older sister Samantha, who went on to play volleyball at Oakland Community College from 2013 to 2014, was another magnetic force that pulled Bastianelli into the game.

“Volleyball was always something my sister did and I watched her and liked the concept of the game,” Bastianelli said. “My mom would always run those little kid camps, and (we) would always do them.”

In preparation for college, Bastianelli leaned on her family’s experience in athletics, she said.

“Both my parents being college athletes was very helpful,” Bastianelli said. “They gave me a rundown on what college is like. They told me the concept of being a student-athlete is pretty much the same, but that you might see ‘this’ and expect ‘that.’”

Prior to attending the University of Illinois, Bastianelli played for Marysville High School and Michigan’s Premier Volleyball Club. According to Bastianelli, everyone on her senior team moved onto Division 1 volleyball programs.

Bastianelli said the speed of the game has been the biggest adjustment upon entering college play.

“I was pretty used to balancing school and volleyball,” Bastianelli said. “With high school and club year round, I was used to it. The speed of the game is so much faster. I lifted in high school and went through a training program, lifting, etc. It wasn’t anything new to me.”

Last fall Bastianelli racked up All-Big Ten, Academic All-Big Ten and AVCA All-Northeast Regional honors. She also lead the NCAA in blocks per set with 1.79 and total blocks with 201.