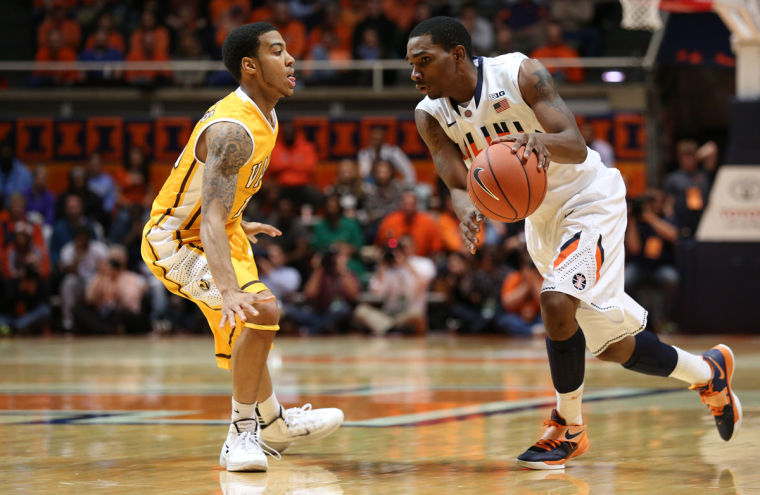 Illinois’ win against Valparaiso on Wednesday night was ugly.

There’s just no better way of putting it. Illinois was in a dog fight against the Crusaders from start to finish in its 64-52 win on Wednesday. Don’t let the final score fool you. This wasn’t an easy win for the Illini. Far from it.

Illinois led by just two points with 6:43 left in the game after a 10-2 run by Valparaiso. The Illini were shooting under 30 percent from the field at that point. Yes, you read that right.

In my last column I said “the Illini can’t shoot and they know it.” I was being modest. Illinois can’t throw a basketball into an ocean right now. After making consecutive 3-pointers to start the game, Illinois went on to shoot 3-of-16 from downtown the rest of the way. That’s not going to cut it the rest of the season, not when Illinois faces teams from a top-six conference.

Illinois has been struggling with the zone defense so far this season. All three Illini opponents utilized a version of the zone against Illinois with successful results. John Groce said his team needs to be more aggressive when facing the zone, but his team hasn’t responded so far. Illinois has been tentative offensively against the zone, passing around the ball for 20-30 seconds before launching low-percentage jumpers.

Rice and Abrams would be wise to take the 3-point shot out of their arsenal. The two combined to shoot 1-for-8 from behind the arc, but connected on 10 of their 22 2-point attempts. Rice has especially been effective inside the arc so far this season, shooting 65 percent on 2-point attempts compared with 27.3 percent from behind the arc. The duo iced this game, scoring 13 of Illinois’ last 15 points. All of those points came at the rim or at the line.

Shooting was not the only concern for the Illini. Illinois’ perimeter defense was also suspect against Valparaiso. Jordan Coleman was a spark plug for Valparaiso, leading the Crusaders with 15 points while hitting a couple 3-pointers. Valparaiso shot 38.9 percent from behind the arc on Wednesday, including back-to-back 3-pointers that brought the Crusaders within two points.

Valparaiso should’ve shot even better than that. Illinois gave them great looks all night as the Illini were constantly running out late on shooters. This isn’t an isolated incident. Alabama State shot 42.9 percent on 3-point attempts in Illinois’ first game of the season. Illinois has been stellar defensively other than on the perimeter, so perhaps this is something that will be fixed sooner rather than later.

It wasn’t all bad for Illinois. Ekey rebounded from his poor performances in the first two games, with an emphasis on the word rebound. Ekey pulled down 15 boards, a career high and the most by an Illini in Groce’s brief tenure.

Illinois is going to need more performances like that from Ekey. He was confident with his stroke and active on the defensive end, constantly getting a hand on the ball and being in the right spots. The 3-point shooting is expected of Ekey, but the outstanding defensive performance he had tonight came out of nowhere.

Winning ugly may become an ongoing story for the Illini. When you have a coach that stresses defensive pressure and a team that can only score inside, the Illini are going to have plenty of close, low-scoring affairs this season.

The Illini survived this battle. Next time they might not be so lucky.